What did you get up to over the Summer holiday period? 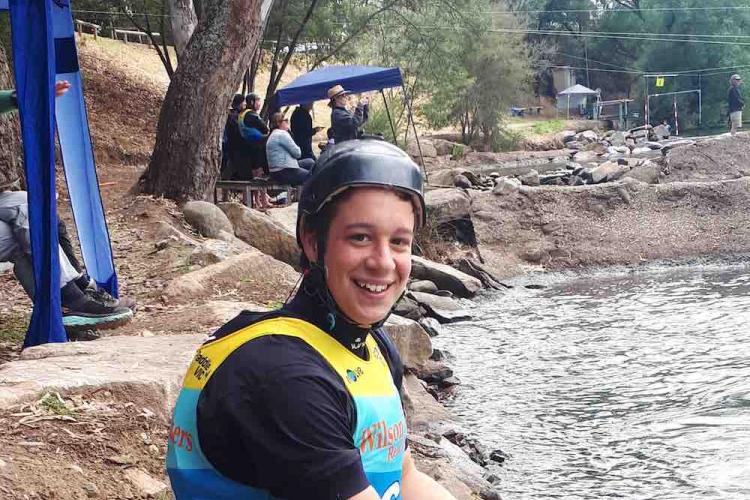 What did you get up to over the Summer holiday period? I recently stayed near the upper reaches of the Goulburn River at Thornton. Whilst there, I spotted several FCC members competing in The Victorian Canoe Slalom Age Championships.

As so often seems the case, I then stumbled across this description of a trip down the Goulburn in our FCC archives. Sadly the paddlers are not identified nor the report dated. Sounds fun though!  Read on…… 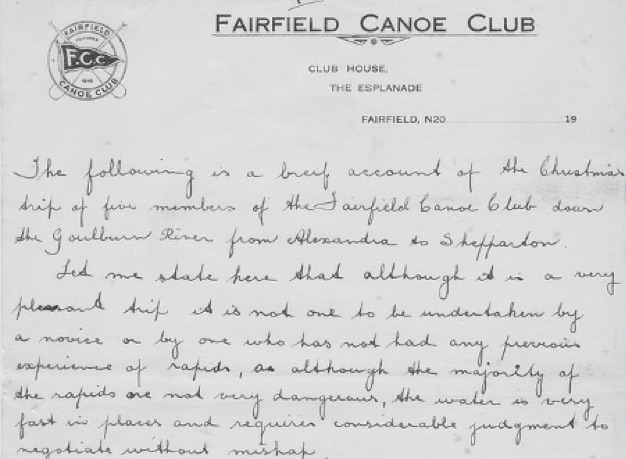 The following is a brief account of the Christmas trip of four members of the Fairfield Canoe Club down the Goulburn River from Alexandra to Shepparton.

Let me state here that although it is a very pleasant trip, it is not one to be undertaken by a novice or by one who has not had any previous experience of rapids. As although the majority of the rapids are not very dangerous, the water is very fast in places and requires considerable judgment to negotiate without mishap.

Having previously dispatched canoes by rail.  We motored over the Black Spur to Alexandra on Christmas Day, had our canoes transported to the river by motor truck, and embarked. After going a few miles, we had to make a short portage (the only one on the river) owing to a large tree completely blocking the passage. Here the members of the party availed themselves of the opportunity and had their first swim in the Goulburn, and I'll say they enjoyed it.

We only travelled about eight or ten miles when we made camp for the night on a beautiful pebble beach. The fishermen of the party had caught a couple of small cod when one made the discovery that they were Murray crays in the river. All hands joined in the fun of enticing them to the bank with the rays of an electric torch and then hooking them out with the paddles.

Next morning we will up betimes and on our way. The river running swiftly between the hills was very beautiful. Near Cathkin the river narrows down in swift water, and the current shoots off each side to meet in the centre, making a nasty “throw-up” which tossed the canoes about considerably. A large audience of campers were watching us go through and the leading canoeist had just turned round to shout warning when he saw Stan, who was second, falling out of his canoe. He stated afterward that he jumped out to prevent the canoe capsizing and losing the gear, which is a remarkable example of quick thinking and action as the whole incident was over in a fraction of a second.

As the river passes close to we took advantage to obtain some refreshment, the day having been hot. In the afternoon, the leader saw a fish feeding and called: “Spinners out”. Wilf put his spinner out, paddled over the spot and pulled out an eight pound cod, all in the space of two minutes. That night that night we camped just below the bridge at Yea.

Next day, again, in the presence of a large audience, George misjudged the strength of the current in negotiating a twisting rapid, was left hanging on to a dead tree, minus his paddle.

The river between Yea and Trawool is very rapid, smooth water being the exception. At Granite, in particular, there is a very steep drop, and the river below is studded with huge boulders. The cry was “Mind that rock Stan”

Below Trawool we passed two locals fishing, and in reply to the rather unnecessary question from a member of the party as to whether they got any fish there? The courteous retort (?):”No, when we want fish, we go up on the flat and knock them down with a stick”

Between Trawool and Tallarook the worst water on the trip was encountered, long shallow rocky rapid with a sharp turn disclosing a narrow passage on the left bank between ugly looking rocks.

From there to Seymour we had a long stretch of quiet water, but again before an audience from the Seymour Swimming Club, George got into trouble. Following close behind the leader, who narrowly avoided it, he ran right up on a log just below the water, and had to get out and lift over.

In Seymour three of the party visited a chemist, and we're not going to take their shirts off for the remainder of the trip. Having been badly sunburned, they had painted themselves with picric acid, and as a result they were bright yellow!

Between Seymour and Nagambie a strong wind was encountered making the dodging of snags a tricky business. Sunday afternoon and night was spent at Nagambie where more exciting incidents occurred, this time without witnesses. So strong with the attractions that some of the members were for stopping there.

On reaching the Goulburn Weir the river was forsaken for the East Goulburn Main Channel in anticipation of a straight run to Shepparton with plenty of water under the keel. When we got into the channel with a swift current bearing us along, the universal cry was: ”This will do us”. How soon we were to change it.

About five miles down, a concrete regulator was encountered. We had to haul the canoes out and transport them to the other side. This was the first, so it was “great fun”. Then we encountered a siphon, the water going underground to pass a creek. Another portage and not so much fun. Then another regulator. As the fall was only about three feet, we decided to shoot it. It was rather hazardous as there was not much water going over, and when half over, the keel would catch, and the canoe give a sickening lurch, and then slide over. After that, there appeared to be more time spent in portages over siphons, in many cases resembling up and down the steep banks of creeks, than in paddling.

At one place, we had just carried over siphon and carried over a creek preparing to re-enter the channel, when another siphon was seen only 200 years ahead. The sounds of wailing and gnashing of teeth alarmed the inhabitants of Toolamba a few miles away, who feared it was a national calamity.

However, all things must come to an end; after two days in the channel (we had only taken provisions for one), we reached the Broken River siphon on the outskirts of Shepparton, where one of the members journeyed into the town with a friendly car owner and explained the position to the members of the Shepparton Rowing Club, to whose regatta we were journeying, and they kindly came out with a Res truck and carted us in for which they have our hearty thanks. What beats me is where the huge bag of biscuits which was taken out with the truck vanished to in such a short time. 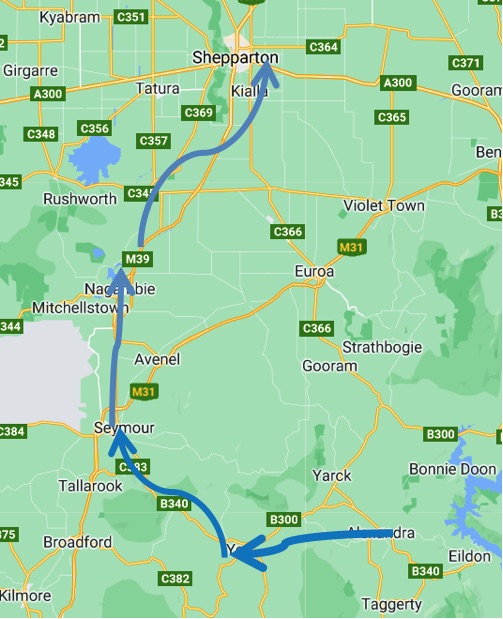 Perhaps you can help?

Who is the author and when was the trip made?

Who are Wilf, Stan and George?