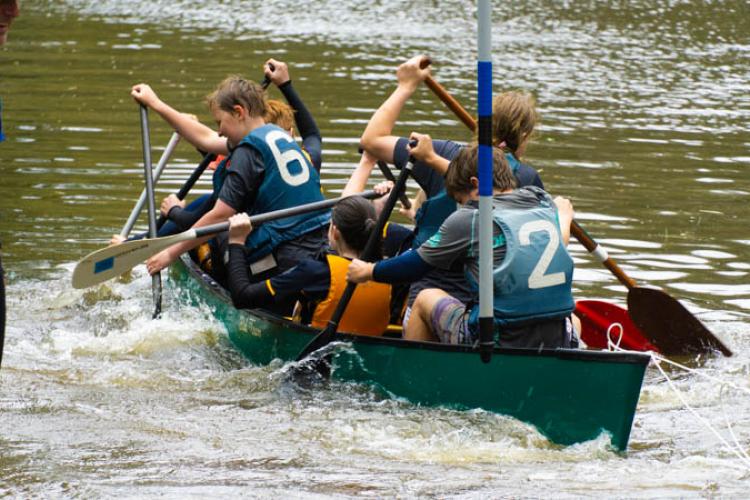 This is to acknowledge the best paddlers in the marathon Winter Series season.

Separate awards are presented to male, female & junior members. The award is based on the highest number of Canoeing Victoria points accumulated through the season - these are also checked against the FCC points system which is based on 10 points for highest position in a division, 9 points for 2nd etc. In the event of a tie, the member who has the highest finishing record will be declared the winner.

This year, the winners are:

This is seen as recognition for commitment, consistency and improvement in paddling over the last 12 months. Paddlers are nominated by Coaches then selected by the technical director.

This year our junior numbers have kept growing in both flatwater and canoe polo. Thank you to all the coaches who have given their time through the year.

The Coaches Award winners are:

This is seen as recognition for overall effort to the FCC, not necessarily related to paddling. It is seen as a way to reward members who contribute to the administration or maintenance of the Club over the last 12 months

This year the award goes to: Andrew Merrifield.  Andrew started paddling with Trinity many years back, has completed a couple of Murray Marathons, then was bitten by the canoe polo bug.  He lived and competed in France for a couple of seasons, with the Montpelier club, and came back to Fairfield thinking that there was a potential to make polo at Fairfield something like as fab as it was in the clubs in France … something with strong club spirit, good performance, good facilities and a real part of the lifeblood of the club.  Andrew joined the FCC board last year and spearheaded building the canoe polo shed, has been instrumental in the development of polo training competitions teams and coaching here.  A worthy recipient.  He’s not here this weekend as he’s up in Sydney competing.

Under the Yarra award

This is a social award and is intended to acknowledge and reflect a member who personifies the "Club Spirit" over the last 12 months. This may be related to a members personality or a particular experience.  While these awards may poke a little fun at a member’s expense … the nominees are all people who put in enormous amounts to develop and support paddling at FCC, and that’s what this award really recognizes.

This year, we thought about awarding it to the late Bob Bateson for the second time – 4 years back, Bob on “clean up Australia day” spent his time collecting yellow painted milk bottles from the river almost as fast as Peter Goldsworthy and Niemandt could put snag markers – and came home covered in yellow paint.  Bob was a worthy under the yarra recipient!

Bu the Under the Yarra award for 2019 though could only really go to one person, representing a small team.  Liz Jenkins – who together with Gary Flanigan and Joe Alia decided that the Winter Series Trophy really did belong back at FCC, and set out methodically to persuade, cajole, fill full of sausages and burgers, and encourage us as paddlers to get out and win back the trophy.  And we did!

In the spirit of the Szigeti medal, last year we created a new award for our polo paddlers. The intention is to recognize outstanding performers in competition in polo – in local, national and international competition, noting that as a team sport it is quite a different discipline from our more traditional flatwater paddling.  In the same spirit of the Szigeti medal we don’t expect to award it every year.

Nominations are taken from the canoe polo playing group.   Nominations were Andrew Merrifield, Brigit Doyle and James DuBose.
This year the FCC Canoe Polo Award goes to James DuBose.   James is the captain of the very successful Fairfield open men’s team and also the captain of the Australian U21 team.  He is active in coaching canoe polo at Fairfield and in Australia- he’s off to Tasmania with a couple of other FCC members shortly to help them build up the Tasmanian team.  James has also been active in supporting Andy to construct the canoe polo shed and light.

This is seen as an elite award presented to the best overall performance by a club member over the racing calendar year.  The emphasis is on performance and consistency in all ICF, Canoeing Australia and Canoeing Victoria flatwater events (Sprint & Marathon).  This medal is only awarded when we have competitors at the top of national competition and often who are also competing internationally.

This year we have decided not to award the Szigeti medal.  We had a small number of paddlers competing well at the national level in flat water (Nathan Jones, Stephen Routley in particular) and Stephen competed internationally in the Ausable Canoe Marathon, but we felt that these were not at the level of Szigeti medal performance.

Photos from the day at our photo gallery