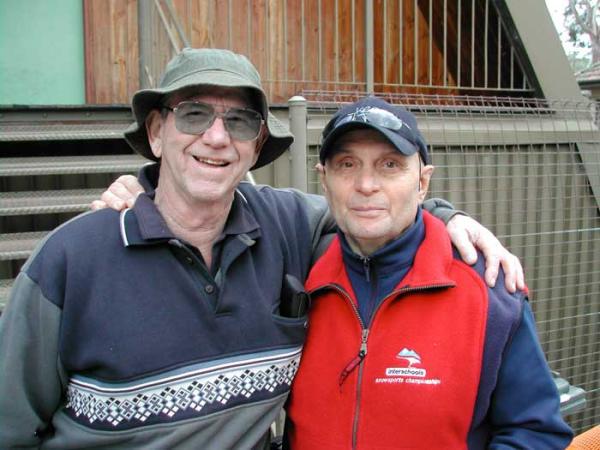 It is with great sadness that the Club advises that our long standing member, friend, and FCC Life Member Tom Ohman  passed away last week. He was delighted to have reached his 90TH birthday on the 17TH of October last . He was always proud to be invested as a Life Member of FCC. He joined FCC in the 1940’s as his older brother John was an enthusiastic member. His sister Dorothy was also a regular paddler. At the time canoes dominated our club and other clubs such as Rudder Grange at the end of Alphington Street.

Tom was selected for the Melbourne Olympics in 1956 to represent Australia.

Tom and his partner Billy Jones from Essendon Canoe Club achieved 5TH place in the final of the 1000 metre Canadian Pairs Championship—a significant achievement. At that time Olympic representatives had to fund themselves for the honour of representing their country—they were provided with a uniform.Tom was on the FCC Committee at various times. As treasurer in the 1960’s he realized the need to plan to rebuild the old clubhouse. The Clubhouse was originally built with second hand materials and was steadily falling into disrepair. He was pleased to see the establishment of our Co-operative in 1981 and the resulting building of our current clubhouse.His daughter Sandy said Tom and John felt a special affinity with our Club. “Fairfield Canoe Club was a place where Tom and John smiled a lot –a happy place to be “ . Nearby neighbours Ron and Betty Willis, along with  Jim Smith, Roy Mayne,  Eric Davidson and Zoltan Szigeti were some of the many friends at the Club in the earlier days.

He was pleased his nephew Peter and daughter Sandy were also paddlers. Recently Tom moved to Jervis Bay to be near his daughter. He also donated to the Club an historic Anderson K2 which was the reserve K2 for the 1956 Melbourne Olympics, By his request there will be a private ceremony with his immediate family to celebrate his life.

The Club thanks him for his numerous contributions over many years.

Interview with Tom Ohman from Fairfield Canoe Club on Vimeo.