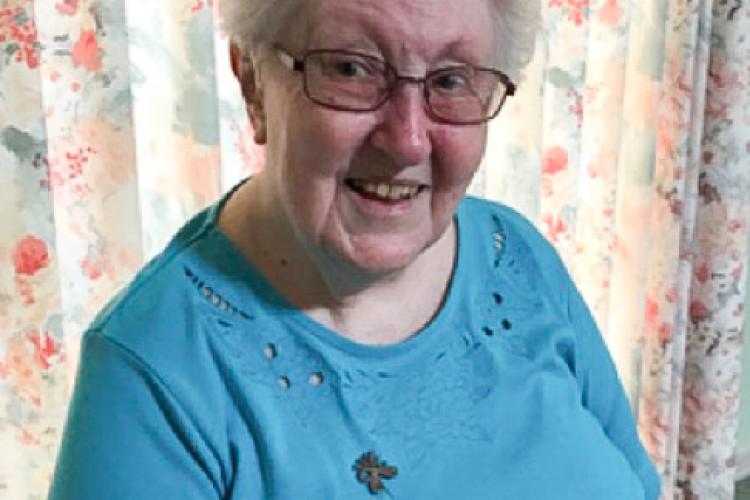 I recently had the great privilege to interview Melva, who with her husband Bill Purves, were members of FCC from 1948 to 1952. They then married and moved to Deer Park.

Melva, now in her late eighties, discovered our website when trawling the Net! This led to the transfer of numerous wonderful images used in our club photographic collection, as well as this recent interview at her home in Ballarat where she presented us with a club badge from that era.(see photo) 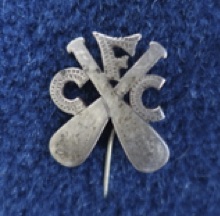 Just as is the case today, in 1948 parents were involved in the club activities too. One of the families associated with the club was the Jacksons who lived just opposite the clubhouse on The Esplanade. As Melva explains: “It was ‘Keithy’ Jackson’s mother who  used to knit jumpers for all of the boys if they paid for the wool. She didn't charge them for the labour. They were powder blue, dark blue cuffs, some she did sleeveless, or with sleeves, whatever they wanted; round necks, V-necks,etc.”

Whilst looking at some of her photo collection Melva recalled a recent conversation with her eldest son who asked:

”Mum I can remember Dad wearing that blue jumper", evidently he wore his jumper quite a few years after leaving the club. Then, “Hey presto”, there we found a photo with one of the jumpers being worn by a paddler at a working bee in the old clubhouse! 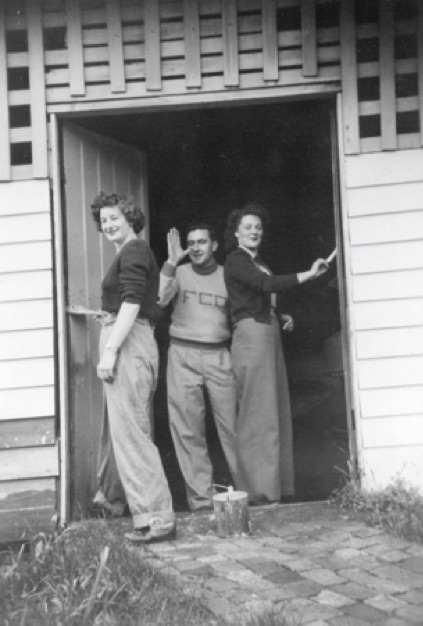 Suffice it to say, the longer Jackson story is for another day (“ Watch this space”!), but, in searching through old newspapers I came across a photo taken for an article we covered earlier in “ The Night That Sally was Slashed at FCC” (History Snippet 26). There, in the photo of Glen Croft and Keith Jackson beside their beloved “Sally”, is Keith wearing another of his mum’s knitted jumpers. The logo of the club, seen on the badge Melva gave us, emblazoned on its front for all to see! 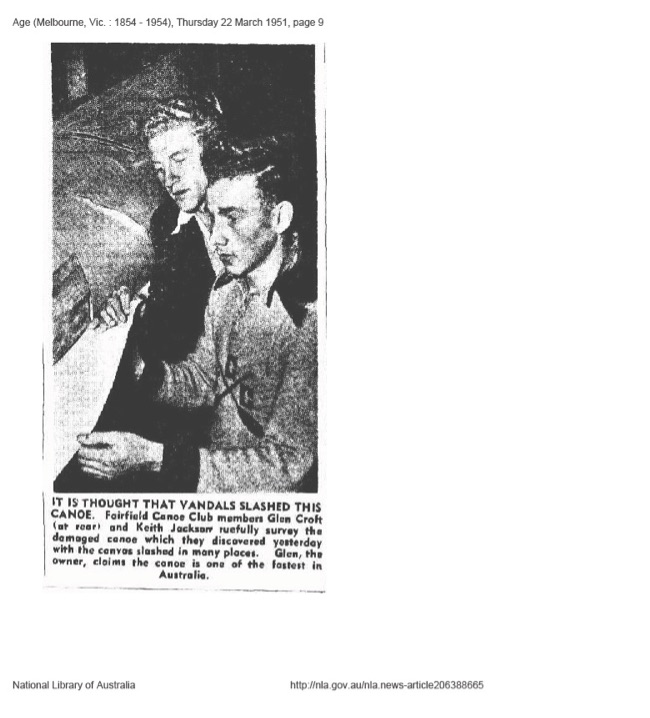 It is not known whether ‘Keithy’s Mum’ knitted team jumpers for the other levels of representation Keith achieved!

Perhaps we can hold a “Knit-Off” for a Centenary edition of the 1950 Jackson era?