“AGM reflections from 99 years ago”. Snippet 20 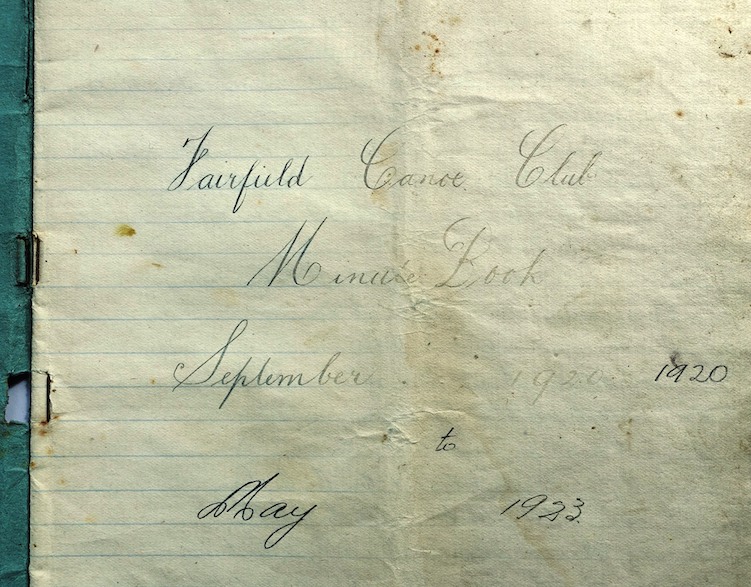 Having attended the AGM this week, I thought that it may be of interest to see the first recorded Annual Report. This is a handwritten, illegible in parts, record of our first season of racing and much more!

Read and enjoy. I wonder what has become of the trophies?

That well known and energetic body, (the Fairfield Canoe Club) founded 1919 has risen rapidly and successfully from its inception.  Commencing with little over a dozen members they have, in a little over twelve months, raised their membership to just on a century.

Their present clubhouse is ideally situated amongst the wattles at Fairfield Park within several minutes of the railway station.

Here the club members and their friends find plenty of scope for their entertainment.  In the summer season river picnics are one of the leading features, there being many beauty spots in paddling distance of the clubhouse.  The club does not forget to entertain and hold members together during the winter season.  Every alternate Saturday evening a social and dance is held, sometimes a fancy dress night.  These are greatly patronized and enjoyed by those taking part.

Reviewing the season it is so interesting to note the position gained by the club in the canoe racing.

There were eight carnivals held where canoes participated in the racing.  The first of these was held by the Hawthorn Glen club.

The Albert Park Carnival held on ANA day provided much interest as the lake was very choppy and several canoes were soon filled with water.  The pairs, mixed pairs and fours were captured here.

Maribyrnong Carnival, which was among the leading carnivals being next to the Henley held one of the most exciting events.  The first championship of the state was here decided.  There were numerous entries and it was hard to pick the winning crew. (next sentence unreadable, crossed out)

However FCC obtained the title also the fours and mixed pairs.

At the BCC Carnival on the same day as Maribyrnong all events were won by FCC.  Singles, pairs mixed pairs, fours and ladies’ nomination.

M. Roach was very conspicuous winning the singles and participating in the crew of each of the other events.

The YCC carnival on Feb 21 provided much interest and enthusiasm for the singles and fours championship of Vic was decided. In the finals of the singles champ in a special racing model (appears to be VEC and then signed L.J. Edwards) won from M. Roach FCC in a home built canoe after a very exciting race.  The fours champ was also won by FCC as was the Returned Soldiers’ Race.

FCC Carnival was held a week later on 28 Feb.  In the other singles Edwards VCC won from Roach FCC by a very small margin.  The pairs were also captured by the VCC.  Fours as usual were won by FCC.  The Returned Soldiers race was won by VCC.

The Edwardes Park Easter Carnival completed the racing of all open events.  One of the main interests here was centred on the Merriland Cup which has to be won three times to be retained.  FCC are the proved holders this season of this coveted prize and hope to make it their property within a few more seasons.  FCC also won the singles, open pairs, mixed pairs, novice singles and novice pairs.

The FCC have been proud to have been represented at every carnival held and out of 33 starts they have 29 wins and four second to their credit.  Being holders of the pairs championship, fours champ of the Merriland Cup.  The club held their own championship race May 1st for a trophy donated by Mr L. Cohen of Fairfield. The finals resulted in a win for A. Lucke with J. Reeves second and B. Kerr third.  This race was decided in the one style of canoe, Peterborough Canadian canoes being used. 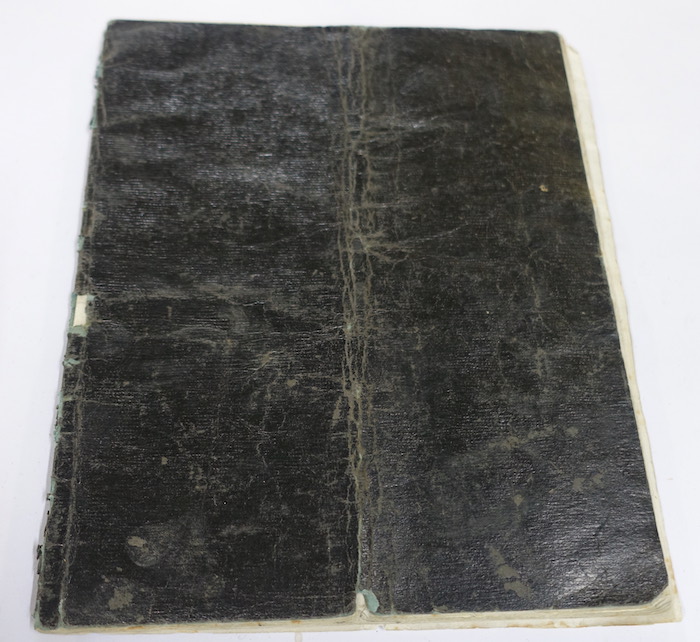