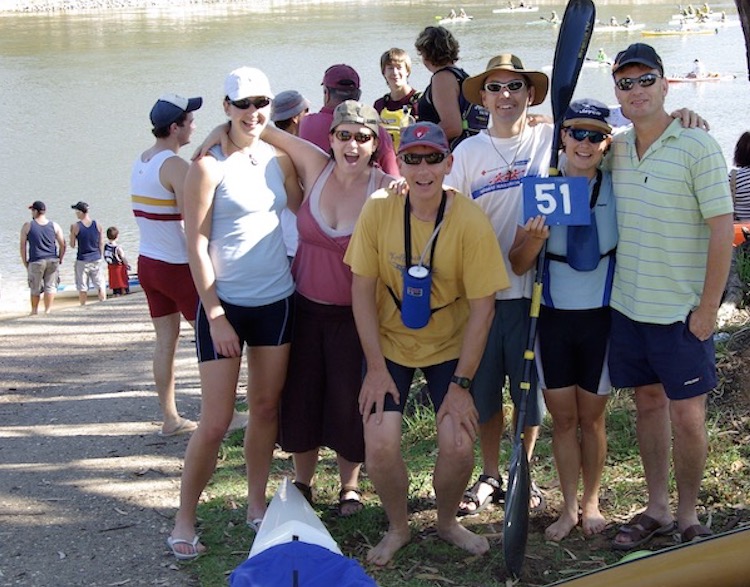 Since the first Murray Marathon was run in 1969 FCC members have been regular participants – either as individuals, relay teams or land crews.

As part of the History project, members Kel and Joan McMeeken (Murray marathon 1980) presented us with a copy of “The story of the first Murray River canoe marathon 1969” written by the instigator of the race, Mark Thornthwaite. It turns out the Kel’s mother Hope McMeeken was the original Red Cross contact for Mark and together they were responsible for establishing the MM as a major Red Cross fund raising event.

The 20 page story is well worth the read, particularly if you have done the MM as there are lots of differences with the more recent events. The first noticeable difference is that planning for the first MM started in December – leaving less than a month to do all the organising – let alone training!

For the first MM 10 paddlers (7 craft) started and most slept in the cars or tents at the end of each day. Only 4 paddlers completed the full distance with the fastest time being achieved by 16 year old Phillip Ball in a single in a time of 45 hours 36 minutes 20 seconds.

The MM gradually grew into a huge event both from the paddling side and the fund raising side. In the 1980s it was not uncommon to see over 70 crews in the TK2 Mens Open alone making it a real competition in this class as well as many others. The introduction of the relays changed the MM significantly by reducing the number of paddlers doing the full distance but increasing the number of paddlers overall.

Over the years the organisation of the MM has changed from the original Red Cross to now where it is run jointly by commercial organisations, Sydney Harbour Kayaks and Mirage Sea Kayaks. However there is still a strong focus on the fund raising for community projects with just over $180000 being raised in 2017.

Another significant change is the connection with indigenous culture. In 2002 “The Blues & Brothers” was started to improve the relationship with indigenous youth and the police. Now “Dungulayin Mileka” meaning from “the Murray to the Murray” sees the biggest 80 paddler team representing the Yorta Yorta and Wamba Wamba people run by Tony Lovell. There is a “welcome to country” ceremony in Yarrawonga and indigenous youth have been involved in design of the maps and event clothing.

Despite the many differences (boats, paddles, communications, accommodation, roads, time of the race) some things clearly remain the same – still just over 400km, paddlers still get blisters and sore backsides and the weather has a major impact on the race.

For 2018 Fairfield CC will be represented by

A look at the race records sees FCC well represented across the many categories. Our latest Life Member Margaret Buck still holds no fewer than 8 records for the MM. 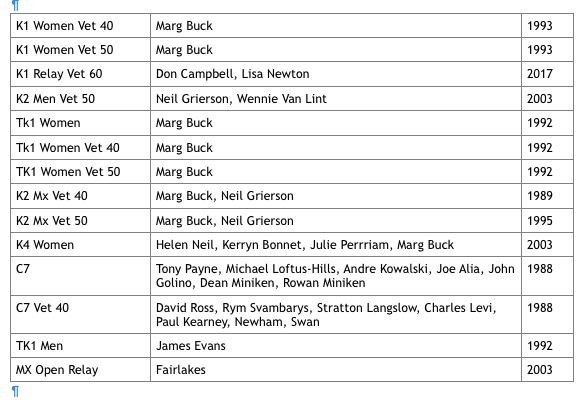 Half and part marathons