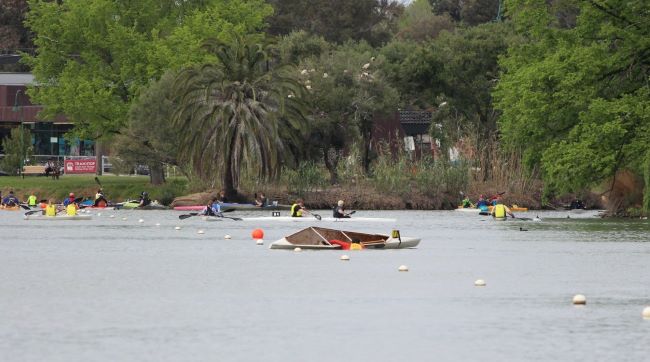 Arrived for Sunday’s Friendly Sprints ready to volunteer … finding that the team had roles all sorted (thanks Lawrie!), I went looking for a boat to paddle. Rapidly found Karen Smith - K2 at the ready - looking for a partner. Not mentioning that I’d never paddled a K2 before (apart from the one time that Macgregor Doyle took me out and tipped me into the drink) - “sounds like a great idea”. And Karen has a beautiful K2 …
That sorted the second half of the racing. Then the suggestion: what about paddling high kneeling C1 in the singles?
Jack Wilson’s Delta C1 is on loan to Ebony Merlo - and was not being used.
After a bit of humming and prevaricating, given that last time I paddled C1 was a couple of years back and I’ve never remotely considered racing a high kneeler (ok, not strictly true: did paddle C4 at Fairfield in the Christmas races a few years back, but then I had 3 other paddlers who knew what they were doing to hide my incompetence!) I decided … what the heck.

Bit of back story here: having gradually learned to paddle kayaks and canoes at Fairfield over the last 9 years, I’d see George Wakim arrive, shoulder his C1, wander down to the dock, plug in his Walkman and paddle off for a Dights run (14km) making high kneeling look almost natural - and think “I have more chance of making it to the moon than ever learning to master that boat”. At least 50 Yarra swims later falling (“ejecting!”) out of various C boats - a couple of years back I got to the stage that I could keep vaguely upright in a C1 for a reasonable while. Never comfortable but more upright than wet.

Back to Lake Weeroona and the dock. I was off. Very slowly and with distinct lack of elegance. Chasing Steve Vegh (aka “master paddler”) and Tyler Creed. Feeling very foolish. Left knee rapidly losing blood supply.

200m up the Lake, things were just starting to almost feel less uncomfortable when … ooops. In to Lake Weeroona. And it does not taste as good as the Yarra.  Quick swim to the side, trying to stand in mud 50cm deep, back in to the boat. And paddling up towards the start line. A bit wobbly but mostly going forward. J strokes … trying to happen.

Fortunately FCC paddler and C boat stalwart Georgina Wakim was there in the “Dragon Fish” outrigger, a stable platform to rest up while we waited for the start. Then over to the platform next to the starters, holding on for grim death and resting up the knee again. 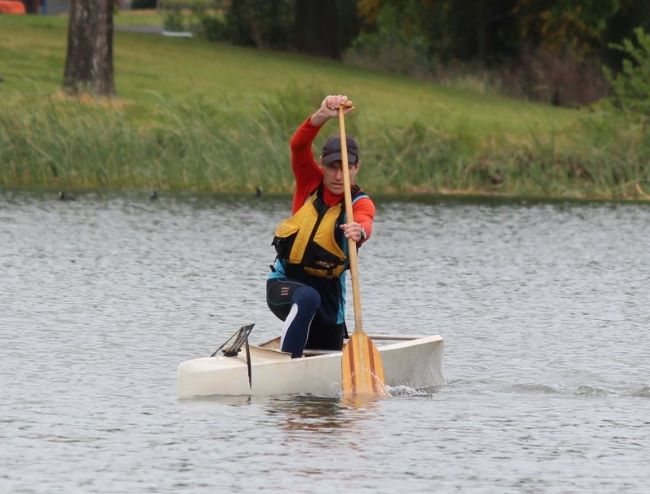 Eventually … Lawrie - our starter - called us up - “washing” the paddle back and forth trying to hold in one position near the start line. Ok, I was well over the start line when Lawrie called “go”. Not that that helped - I was not there for the speed! But I did make it down the 400m straight in a reasonably straight line. And for about 5 strokes somewhere in the middle of the race, it felt quite good. Like … the boat almost started to lift, I was not dragging the paddle every stroke, and I did not feel like I was about to take the waters of Lake Weeroona inadvertently again. Unfortunately by the 6th stroke I was back to normal.

Crossing the finish line - phew! Some ungainly draw strokes to the dock, stepped out and tried to get some blood supply back to my left kneel. Ouch. Then realised that the 200m races were about to start. Once more into the breech …

No more swimming this round. Made it back up the lake to the pre-start area, found Georgina’s outrigger again for a bit of a rest, then the 200m sprint. Did not even get 5 “magic strokes” during the 200, it was all fairly painful. But at least straight, and dry. 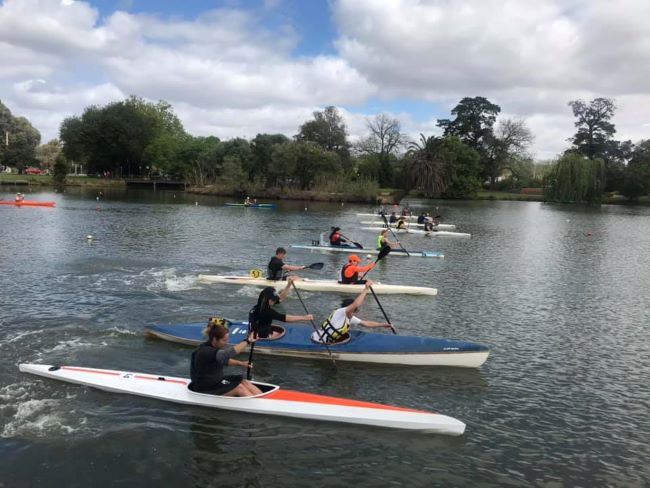 After the singles - onto doubles - this time double bladed with Karen. Karen in the back, providing the power, me in the front, trying to steer.

Sitting in the K2 (did I mention that it’s a beautiful boat?) it felt really comfortable. Particularly for my knee! We paddled up to the start line - no wobbles despite Karen telling me that both her previous partners had gone for swims …

A couple of laps around the island near the top of the course and all felt just great. Timing good, balance great. Then we were out on the course for the 400m.

It went ok - boat was straight, balance ok, but we never really had it singing. Not sure what it was, suspect in part that my body was getting over the shock of 40 mins of kneeling. The 400m felt really long. I guess I am a canoeist, not a kayaker.

But we did ok. Then round again and ready for the 200m. 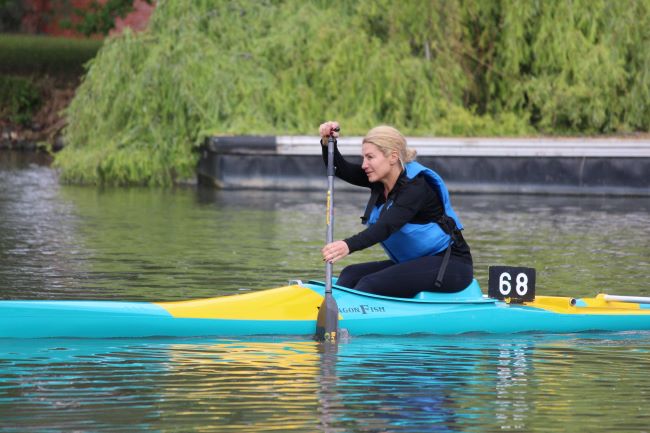 The 200 started really well. Straight into a rhythm. Accelerating nicely. Unfortunately, then everything went pear shaped. Suddenly we were 2 lanes across and heading for the hills. Then my blade started twisting, and somehow Karen’s blade ended up under the boat … and still in her hand. As the water poured in and we both started laughing … I thought we’d be able to hold it upright - but no. Back in to Lake Weeroona. And it does not taste any better second time around.

Quick jaunt to the side, perhaps even deeper mud on the eastern side of the lake, back in the boat, couple of wobbles then across the finish line at last.

While I was struggling with staying in boats ... a number of other Fairfield paddlers were paddling very well and staying much drier.  The photos below tell some of the stories:

Thanks Karen for my first K2 races! I’d love another go some time. And thanks Lawrie, Georgie and the volunteers from Bendigo for putting on a great sprint race day.

Thanks Rebecca Mandersloot and Georgie Wakim for the fab photos! 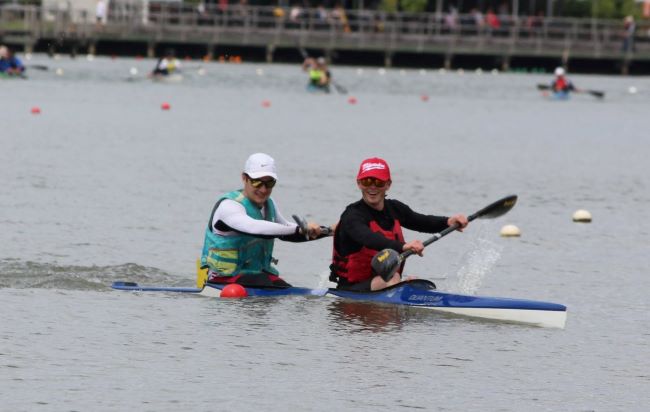