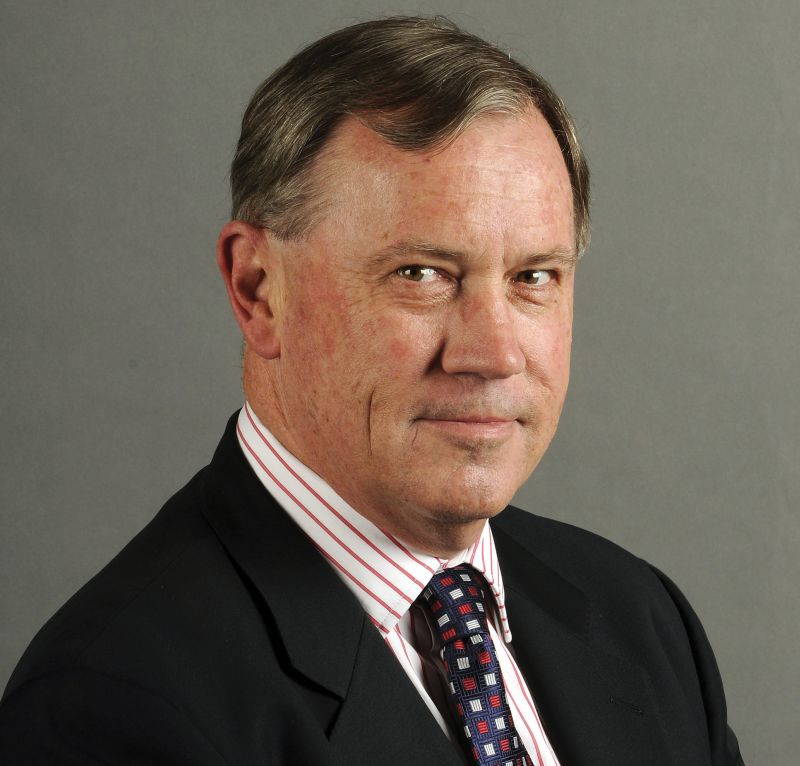 Richard Tracey, the then Commissioner of the Royal Commission into Aged Care, died 11thOctober, 2019. Perusing his tributes it is clear that not only was Richard Tracey a distinguished jurist of both  State and Federal Courts, but also a man who gave wholeheartedly of himself to other causes; Newman College, the Defence Forces, and back in the Seventies, the Fairfield Canoe Club.

The answer lies in the friendship of our current Board Member, Foster Rosetto. It transpires that Foster and Richard Tracey were both “jurists” of the amateur football league where they umpired each week! A retirement ‘roast’ from The Honourable Michael Black had this to say about Richard Tracey: ” It is not only in your legal profession that your Honour has shone. I understand that your Honour, a natural born adjudicator, was a gifted amateur football umpire. Perhaps almost uniquely I'm told you dispensed true umpiring justice with players afforded the time to question your decisions.”

This friendship was to be pivotal for our club at a time of crisis in 1976 when our ramshackle old clubhouse was to be condemned by the local council. Worse still, it was discovered that no current club member was a title-holder for the property, so FCC was at risk of losing both building and land!

As Foster relates: …..” you see the reason that we could go ahead and build was the fact that my very good friend, who at that stage was the sub-Dean of the Law Faculty at University of Melbourne and is now a Federal Court judge, a guy called Richard Tracey, he actually went through all the titles etc. and we then had to get the original members, rather, their descendants, to sign over that share to us. Now Richard and his brother-in-law actually went to Wagga (Alf Lucke’s family) and different places to where the last descendant lived to get these things done. Richard was a fantastic bloke who didn't charge us anything, he said "I'm not doing it for the club I'm doing it for you because you are really passionate”. He had no association with the club, just our friendship. He was awesome in that he not only got the descendant’s permission but also organised the changes to the land title document”. 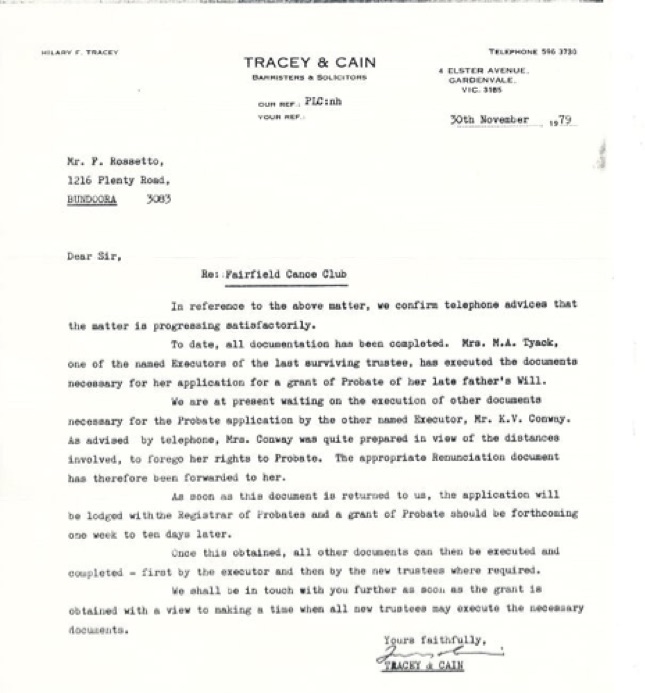 As well as engineering a way out of the club-threatening situation, Richard Tracey  also came to the aid of Zoli Szigeti when his 1979  appointment  as the 1980 Olympic Team Manager for the Australian Canoe Federation was being challenged by the Paddling Racing Committee.  Richard Tracey’s legal advice meant that Zoli remained Team Manager and duly attended the 1980 Olympics Games in Moscow. 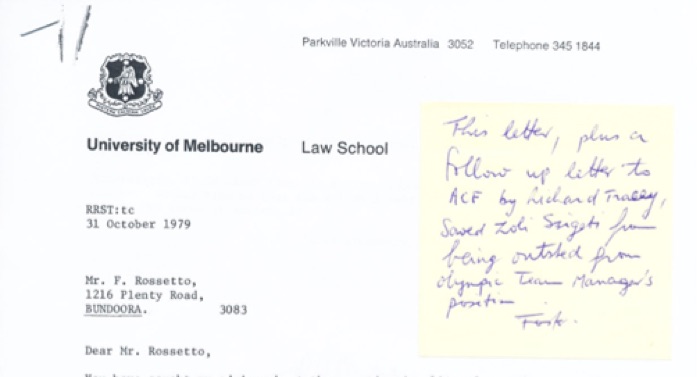 Our club owes a huge debt of gratitude to so many from both within and without club membership. Right from the documented origins in 1919 until today, there have been many, many generous people who have contributed financial support, all manner of  building materials, professional help, skilled trades work, manual labour and ‘mates rates’ for many club requirements across the century.

Richard Tracey holds a special place in this wonderful group of friends of the club.