The rise of the “Under-the-Yarra” reports. From a joke---to a Club Award 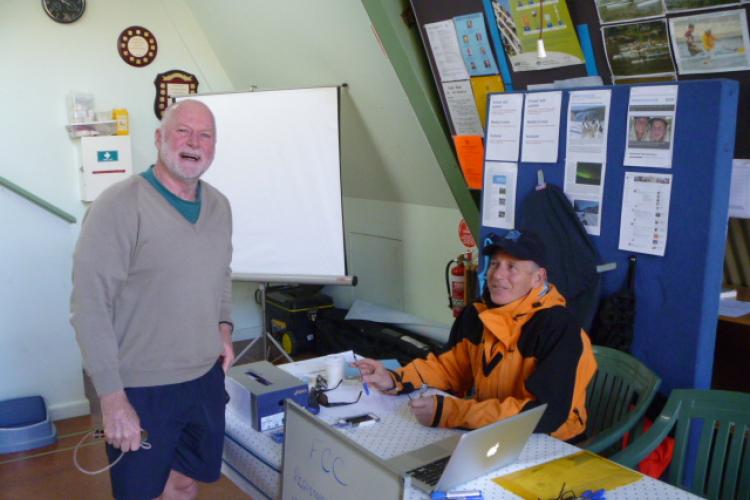 As discussed in the last snippet (Evolution of Club Newsletter) most articles reported upon were serious or informative. However, right from earliest editions humour and ‘scuttlebutt’ was included. This took on a more regular format in 1989 when there started to be some more light-hearted content included, with cartoons, gossip (not always politically correct) and humorous anecdotes beginning to appear more regularly. By 1994, there was a special place reserved for these titled “Under the Yarra”. 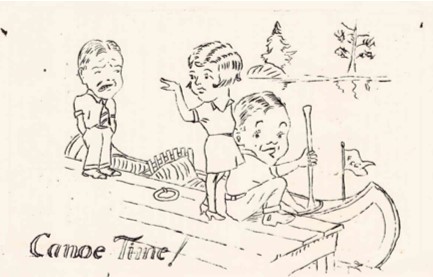 Interestingly, we came across “Snozzle” about twenty years later when Jonathon Mayne describes how he first got into paddling. It seems that he was meant to be a chaperone for his sister but her friend Sandy had other ideas.

“Sandy would roll out this old canoe called "Snozzle", stick a paddle into my hand and say: "There you are Johnny, you got the canoe, you got the paddle, now piss-off!". Absolutely word for word true. That's how I got into canoeing”!

“Under the Yarra” is born 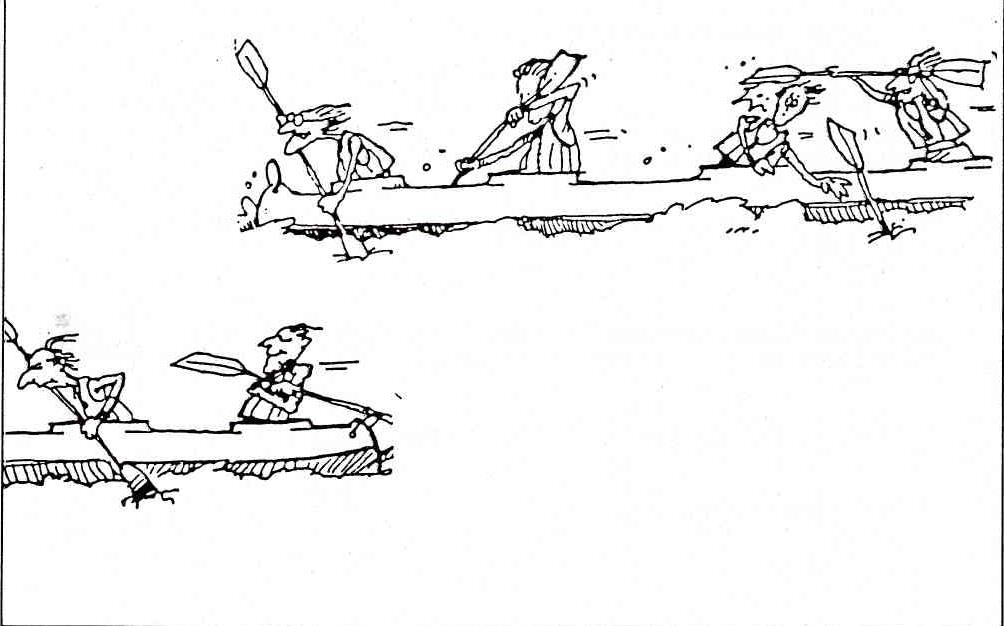 Rumour has it that Steve Beitz was seen actually paddling in time with Joe Alia – it must be all your fault, Julie! 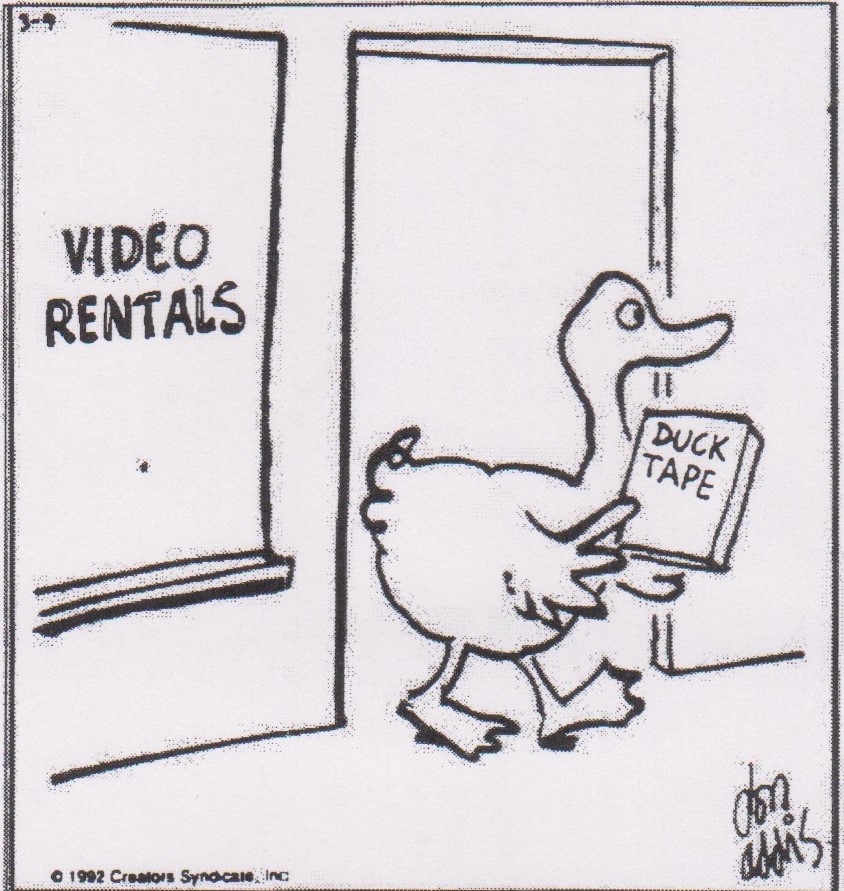 March 1996
Tony Payne recently asked Elena Cementon how her paddling was going. Elena told Tony “We nearly went out a few Sundays ago, but it was raining”

March 1997
“Robin the forgetful” – a certain pregnant club member was recently known to lock her keys in the car – with the car still running! The RACV responded quickly with the threat that they may be delivering more than just the keys if they took longer than 10minutes!

October 1997
Star gazing or seeing stars? On a recent early morning paddle Greg Jacobs was reported to be lying on the back of his K1 deck staring skywards. He reckons he was navigating using the stars but the fact the boat was wedged under a tree and a deep gash appeared on Greg’s chin soon after suggests otherwise.

Training food? A new roster is being organised for the provision of “after training” food. So far Tim Tams and Boston Buns have proved most popular.

- No person paddling a Tk1 shall pass another member paddling a K1 at Zoli’s sessions, no matter how slow that K1 is

Q.How many paddlers does it take to change a light bulb?

Answer – None, the support crew does it!

Lofty, you look different with your clothes on. 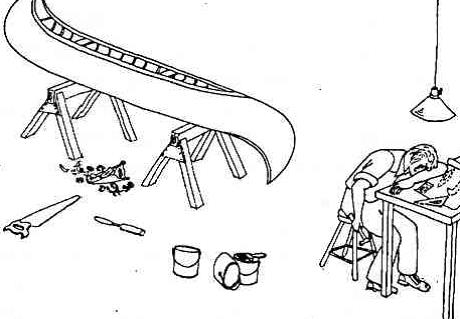 Oh No!! The consequences of following Steve and Alex’s job instructions!

December 1998
Question: Wondering what to do on your Saturday mornings between 9 and 11am?

Answer: Come on a paddle down to Studley Park and have a mugaccino (big, small, strong, weak, lots of froth, lots of chocolate, no milk, more sugar……) with other stray Fairfield paddlers, and find out all about everything and everyone…..

May 1999
Lofty tried to paddle his K1 under a Dragon boat recently – hence the new name the Yellow Submarine!

March 2001
Deep water recovery?  After falling at the end of Zoli’s straight, Lofty was swimming out of breath and watching his paddle float down the river. The ever helpful Werner Bolz came to the rescue and carefully helped Lofty recover his boat and paddle. After rescuing the gear Lofty realised the water was only waist deep and he walked unassisted to the bank.

“UNDER THE YARRA AWARD – HONOUR BOARD”

This is a social award and is intended to acknowledge and reflect a member who personifies the "Club Spirit" over the preceding 12 months. This may be related to a member’s personality or a particular experience.  While these awards may poke a little fun at a member’s expense … the nominees are all people who put in enormous amounts to develop and support paddling at FCC, and that’s what this award really recognizes.

Some of the memorable recent winners are as follows:

2013 – Steve Gadsden – whilst moving the hose during a lawn mowing exercise Steve failed to keep an eye on the lawnmower. It started to roll down the hill and went straight over the landing and into the Yarra. Lucky no one was on water as they may have got a nasty haircut.

2015 – Bob Bateson - Bob returned to the club on clean up Australia Day with yellow paint all over him. He complained that there were all these painted bottles along the river – quite unaware that Peter Goldsworthy and Peter Niemandt had just been tying the bottles to snags and painting them yellow to alert paddlers.

2017 – Joe Alia – who managed to save a beginner during a lesson but forgot about the boat. It was eventually rescued two thirds of the way to Studley Park

(If you know of a humorous event or particular incident at or around the club let the Board know, it could well be the basis of the next Under the Yarra award

Image top: Steve and Lofty winners of the Under the Yarra Award.