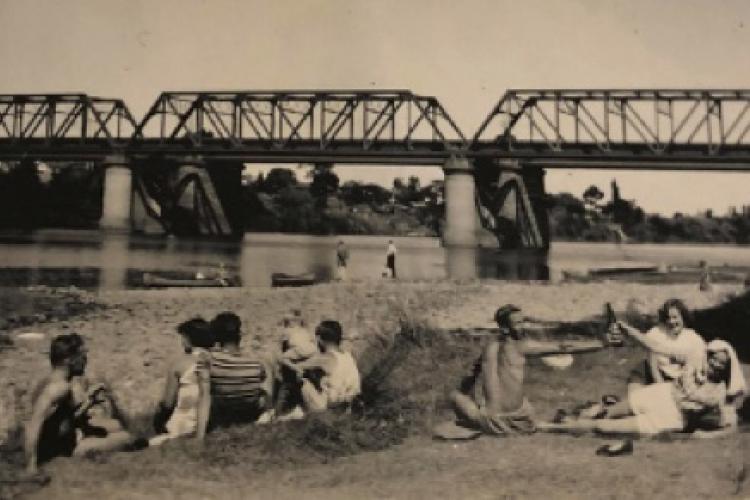 What is this fabled event of the past that both Jonathon Mayne and his paddling partner Jim Simpson mention? Time for some research.

First discovery.
“The Hawkesbury-100” continues to this day as “The Hawkesbury Canoe Classic” and is the fourth longest paddling marathon in Australia – sitting behind the 404 km Murray Marathon, the 208 km Riverland Paddling Marathon and the 133 km Avon Descent in Western Australia.

“The Hawkesbury Canoe Classic” runs some 111 kilometres (69 miles) down the Hawkesbury River in NSW, from Windsor to Brooklyn. 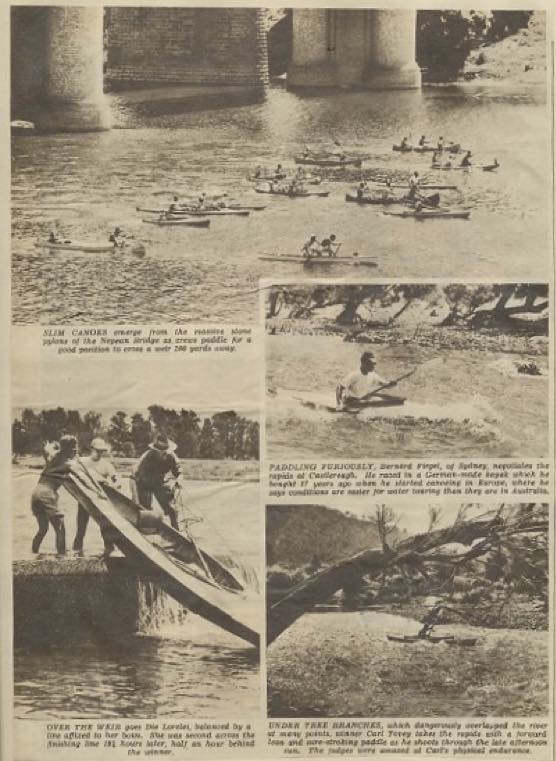 It seems that in 1977, members of the NSW Outward Bound Ex-Students Association organised a canoe race along the river they had paddled during their course. Apart from the challenge, the 111 km race was going to help the community by raising money for medical research.

The event is run at night (under moonlight on some years). The race was originally run overnight to take advantage of the calmer weather conditions and the lighter traffic on the river. It also allowed the slower paddlers to make those last painful strokes in daylight. What the organisers did not realise when they made this decision was that the beauty and magic of paddling in moonlight would far outweigh any of their practical reasons for running the event overnight.

Second discovery.
The original event was created in 1951 after the newly formed Australian Canoe Federation affiliated with the ICF. This proved to be a year of much activity of the home front.  The first national Sprint Championships were held at Lake Albert (Victoria) on 23 March with the four member States represented. In November 1951, the ACF recognised the first marathon event – known as the “Australian Jubilee 100-mile Marathon Canoe Race” (Penrith to Peats Ferry Bridge, Brooklyn, NSW). This event was certainly repeated in 1952 but it is not clear whether this race has continued annually since this time. What is documented are the first few years of the event as well as first-hand FCC memories from competitors & support crew in the event in 1957 &1958, viz:- Jonathon Mayne, Jim Simpson, Reuben Collins (C3) & Roy Mayne (C3), plus Tommy Collins & Jim Smith (Support crew). 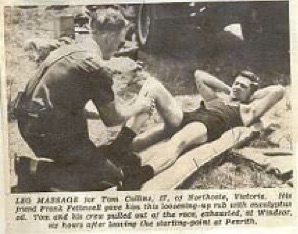 The 1951 Jubilee Marathon reads like an epic event, starting on the Nepean River at Penrith, shooting a good many miles of rapids, portage over a weir and then paddling the tidal Hawkesbury. Running through day & night took its toll with only three of the fifteen starters completing the event. One of those starters being our FCC member, Tommy Collins (see photo).The winner was an 18-yr old Sydney-sider, Carl Toovey who paddled an English kayak to win by 25 minutes. He won again the following year, a race that included another FCC crew of Reuben Collins – Keith Jackson (of FCC jumper fame!). Evidently Rueben Collins used to speak of a few who had gone from our club in these early years and claimed that the NSW people would take them out drinking before the event, to get them drunk.

The next documented foray to this event was to be 1957 when the C3 of Jonathon Mayne, Jim Simpson & Reuben Collins raced. The race was run in November or December and was quite hot. They drove all the way to Sydney with the boats on the car roof. Jim Simpson recalls that one night was spent parked somewhere near Yass, “slept in sleeping bags under barbed-wire fencing at the side of the road, next to the car”.  Also racing was Jonathon’s father, Roy Mayne. A rather sceptical son later relates: “My father was keen to go in that, he was 57 at the time, I couldn't believe that a man of 57 could paddle a canoe! With a guy named Ralph Brown and a fellow named Kim Bennett, they paddled a three man canoe on the Hawkesbury”.

The 1957 race commenced at Windsor and finished at Peats Bridge, Brooklyn, thus avoiding the long stretch of rapids of the Jubilee event which started on the Nepean River at Penrith. Once again, this meant paddling through the night on the tidal Hawkesbury River. They didn't wear lifejackets and there were no ground-crew stops along the way. Their sustenance consisted of sandwiches, biscuits and water only. There were some check points they went through. At some stage they were paddling along and Jim spotted what he thought were three grey nurse sharks close to the boat, they were about two and half metres in length. “This put the wind up us a bit!” However, rather than going faster they actually slowed down a little to take more care. There was one tricky bit, which had been added to make the event still the 100 miles long; this entailed taking a detour up the Cole River. This section was quite narrow and the tide ran strong, especially if going against it, but upon turning at the top checkpoint they came back at quite a speed with the outrunning tide.

Jonathon relates that: “No Victorian had ever finished that 100 miler until Reuben, Jim and I claimed victory in 1957. My dad and his crew came in many hours after us but they still ran third. Roy (Mayne) wore the skin off his backside and had to eat off the mantelpiece for a week. Roy developed dementia in his closing days and his memories became seriously scattered but he remembered in detail that Hawkesbury race with total clarity. It had become a mountain peak experience for him”. 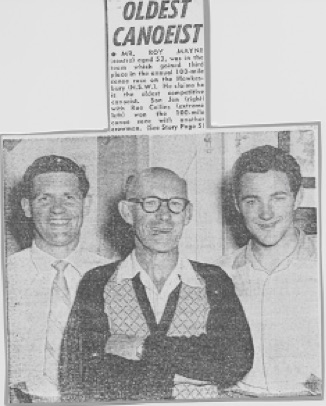 The next year, 1958, Jim and I went back again in what we know today as a TC2. On that second occasion we started at Brooklyn Bridge and raced upstream but they had cut out the section on the Colo River which shortened the course to 88 miles.

We know that many FCC members have competed in this event since 1958. We would love to hear from you. If you have, please send in your report.

Find the answer in next week’s edition of FCC E-news.