The ongoing saga of the Clubhouse trolley system continues

“The ongoing saga of the Clubhouse trolley system continues”
(see Snippet 22)
Dear Readers, as you will recall, it was reported in The Advertiser (Hurstbridge) in 1927:
“Arrangements are already in hand for an electrically controlled railway for the transport of canoes from the clubhouse to the river; this will be a great boon to members. It might be mentioned that the clubhouse is built in such a position that it is unassailable by flood waters; this is another advantage, as nearly every other canoe storage shed is menaced by floods through certain periods of the year.”

Was this marvel, “an electrically controlled railway”, ever constructed?

The answer would appear to be “Yes” as it is recorded in club reports that: “one of the main workers building the club also built the trolley system”.

In addition, it is further recorded in the 1931 Heidelberg Advertiser: 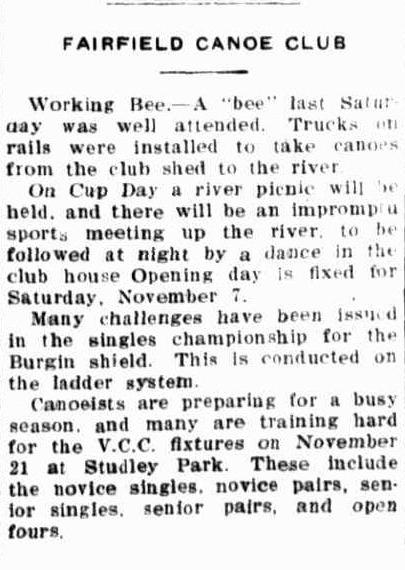 Sadly, this seems to be the best that we can do, as we have not found a photograph of this trolley system, electric or otherwise.

So, what became of this “boon to members”?

Each of the senior club members we have interviewed have been asked about this railway with the only hint of some aid coming from Peter de la Rue who recollects:
“I remember the trolley, but I don't think it was ever hooked-up to an electric motor, but there was a trolley there which you could put your boat on that made it a bit easier. I don’t think it had a rail. It just had two wheels and it had brackets at each end and you pushed it. It helped a little bit but there was no winding gear”.

Melva Purves (1947) recalls:” There was often a bit of talk about that (trolley system), but nothing ever had happened”. As for the 1931 edition: “It would have got washed away”.

It would appear that Melva’s supposition is the most likely explanation with the arrival of the ‘big flood of 1934’ seeing the much vaunted system disappear downstream………………………………along with the many bridges, sheds, houses, etc!

The slipway for our 'tinnie', first heralded by Joe Alia at the AGM in 2018, has recently been completed under the watchful guidance of Joe, Foster Rosetto & Geoff Baird. 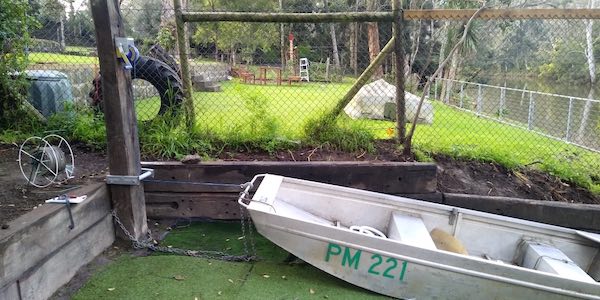 Geoff thinks this photo of the ramp was taken during Joe's last visit to the club, the day that he took ill: “I helped him up the hill. I knew he was crook. He made light of it. I never imagined he would be in hospital the next day and would never be back at the Club” . 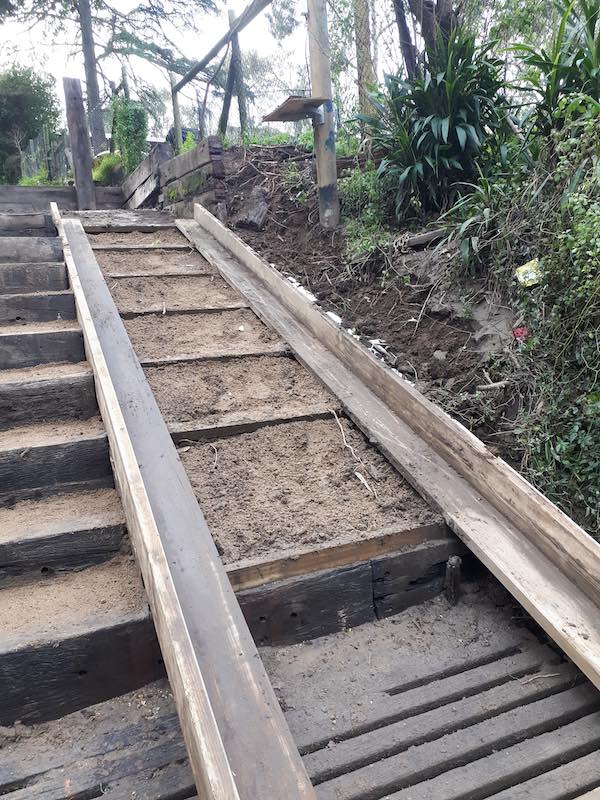 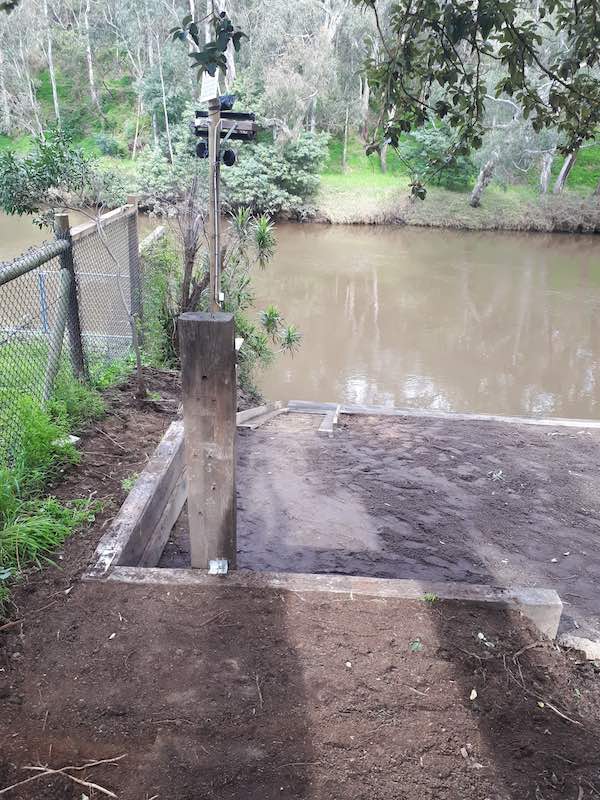 This ramp, with its geared pully system, is a great achievement by all those members involved in its construction. Well done.

At least this edition of the Club slipway has been duly documented!

As Tony Payne observed recently; ”The last time I saw Joe he was standing on the landing admiring the new steps and boat launch area which he had been instrumental in bringing to fruition – just another example of his ongoing contribution.”

“Long may it serve us all. Thank you Joe.”