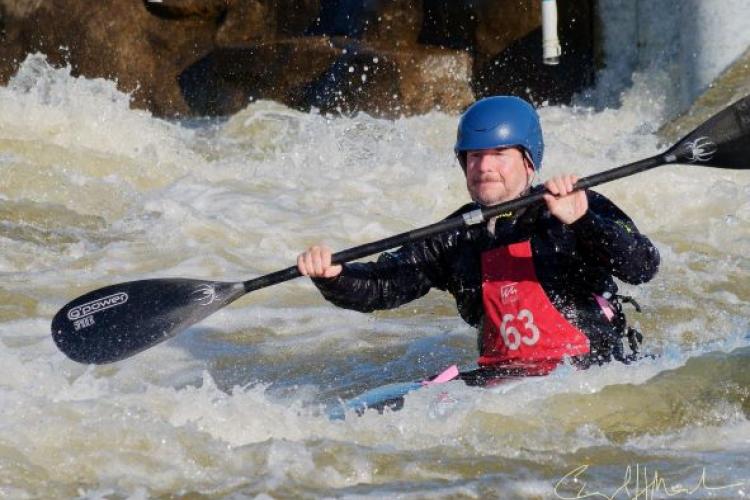 Paddling at the Penrith White Water stadium is like playing cricket at the MCG (although usually a bit wetter).  The greats paddle there, recent World and Olympic champions like Jess Fox and Jiri Prskavec.  Local, Melbourne heroes like triple Olympian Warwick Draper, now a teacher at Ivanhoe Grammar, and Mia and Andrew Farrance, both Olympians; Andrew paddled at Penrith for the Sydney Olympics.

If you are usually a flatwater paddler, you need to take the easy line to get around the course the first time. Don’t try and get any slalom gates until you’ve had a few runs and are feeling confident.

The first rapid has a retentive stopper so hit it with some speed.  Aim for the left corner, just where the eddyline meets the aerated water. Then stay left through the next few waves and small stoppers but keep away from the bollards.   Go under the first bridge and eddy out left, just before main wave.

From the vantage point of the eddy, look over the big drop and make sure there are no paddlers below.  Then break into the current and head down on the left side, just to the left of the rooster tail that is breaking well above your head.  Keep going, stay left through 2 small drops and left of a small island.

The Jacks rapid is next, which has a retentive stopper.  Use the same approach as the first rapid, hit the left corner with the boat going fast and keep paddling.  After Jacks the course widens and you can get your breath back.  Ok, we are 2/3 of the way around.

Next there is a drop then diagonal stoppers on both the left and right.  Work your way right so you are on the right side of the current going under the second bridge into “The Deep Fryer”.  Keep your boat flat; don’t lean away from the foaming white water.  Keep the speed on through the next stopper and then over the final drop and through the wave, which, when the lake is low, can be head height or more.

Paddle across a small lake and up to the conveyer which will take you and your boat up to the start pool and you can do it again.  As soon as you are on the conveyor, pull your spray deck, get out of your boat and empty the water that has seeped in through your deck and cag.  You’ve got a couple of minutes to get organised for your next run. 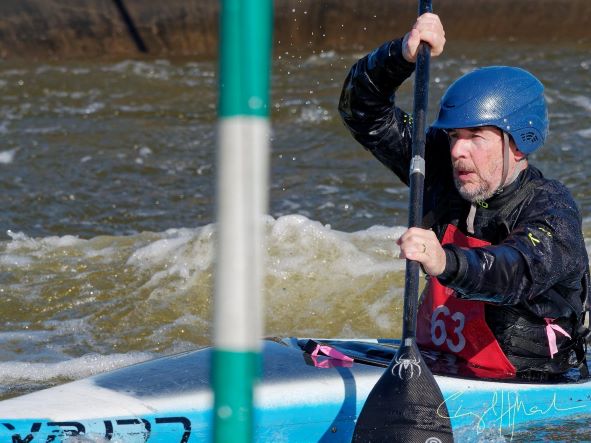 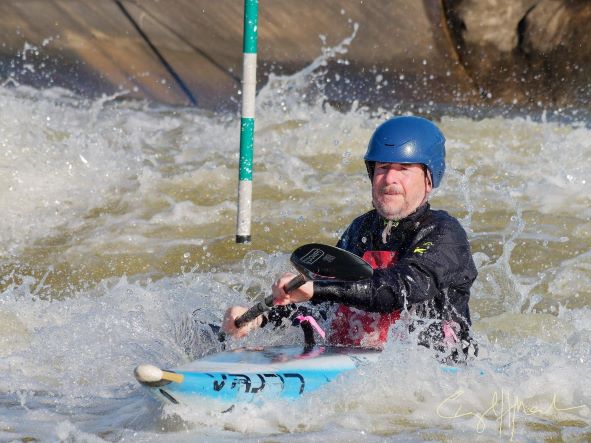