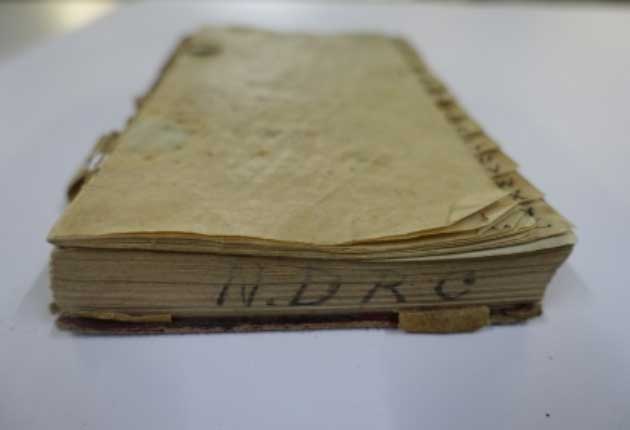 1933 was caught in the midst of the Great Depression (1929-1935), a time of 32% unemployment and significant social pressures resulting from this. Reading the Fairfield Club Minutes of the day, it is clear that there were significant financial  pressures on the Club with falling membership, and many of those members being non-financial. The Club was at significant risk of folding.

At the same time, local civic leaders were exploring opportunities to involve citizens in sporting pursuits with rowing being the latest popular sport. It is reported in the Argus, July,1933 that

“A move is on foot to form a new rowing club to serve the Heidelberg and Northcote Districts. It is proposed to have the headquarters at Fairfield where there is a fine stretch for training. Arrangements may be made with the Fairfield Canoe Club which already has a clubhouse on this reach, to use obtain the use of those buildings……Mr H.H.Olney M.L.C, is taking an active interest in the movement”

A subsequent article in The Age, August 1933, reports…”Mr H.H.Olney  presided at a well attended meeting in the parish hall, Fairfield, on Monday night, at which a proposal to form a rowing club was discussed. The Victorian Rowing Association (VRA) was represented by the treasurer (Mr.J.P.Rorke) and Messrs.E.Kenny,T.S.Flint and E.J.Farrell. The preliminary steps that had been taken were outlined by Mr.R.R.Burgin, who stated arrangements had already been made to secure a good practice eight-oared boat at a very reasonable cost. Cr.J.Coate, of Heidelberg, also addressed the meeting, and assured those present of any help that he could give in the formation of a club. Mr. Olney said he had always had a keen regard for the sport of rowing, and thought it would be a great benefit to the young men of the district if a club were formed. He could promise to secure the assistance of many influential residents”

…“on the motion of Mr.H.de la Rue (President FCC for many years), it was decided to form a club.” Interestingly, Mr L. Turner (see previous History snippet) presented a silver cup as a trophy to the new club.

The Northern Districts Rowing Club (NDRC…recognise those initials?) soon got under way and in October the Australasian reported…” the new rowing club the northern district recently formed to provide facilities for the residents of Northcote, Heidelberg and adjoining districts, expects to have its members on the water before the end of the month. With the sanction of the Fairfield Canoe Club, whose boathouse is being used as the club’s headquarters, considerable additions have been made, so as to provide accommodation for the longer racing boats” 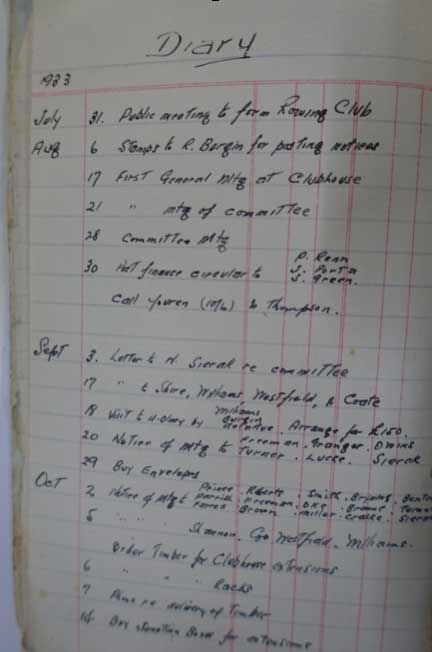 By 1934 there were 40 rowing club members, the NDRC was an active member of the VRA, presented competitive crews and was hosting rowing events. In addition, the FCC and NDRC were hosting combined rowing/canoeing regattas. The small Minutes book (pictured) documents the two clubs running in parallel with shared Minutes in the early days. In 1936, the NDRC changed into the Heidelberg (City) Rowing Club, which seems to have been at the Esplanade and active until at least  1940-1941, when the participation of young men in WW2 took its toll on both clubs. 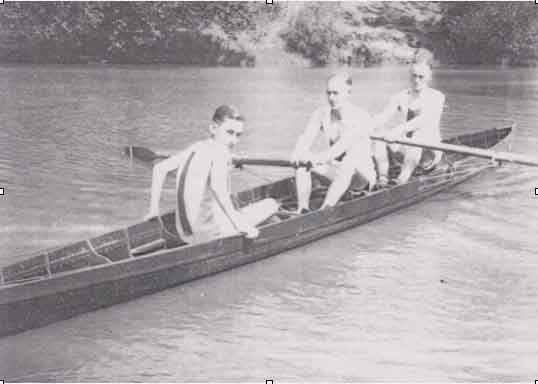 The rowing-pairs scull (pictured) belonged to our ‘combined club’. Interestingly, when Jon Mayne joined FCC in 1954, he remembers there being a racing scull on the racks.

So, whilst we may be oldest, continuous canoe club in Victoria (if not Australia), the FCC came perilously close to extinction and was ‘saved’ by the influx of revenue with the formation of NDRC in 1933.

Renewal day has just passed, “have you paid your dues?!”