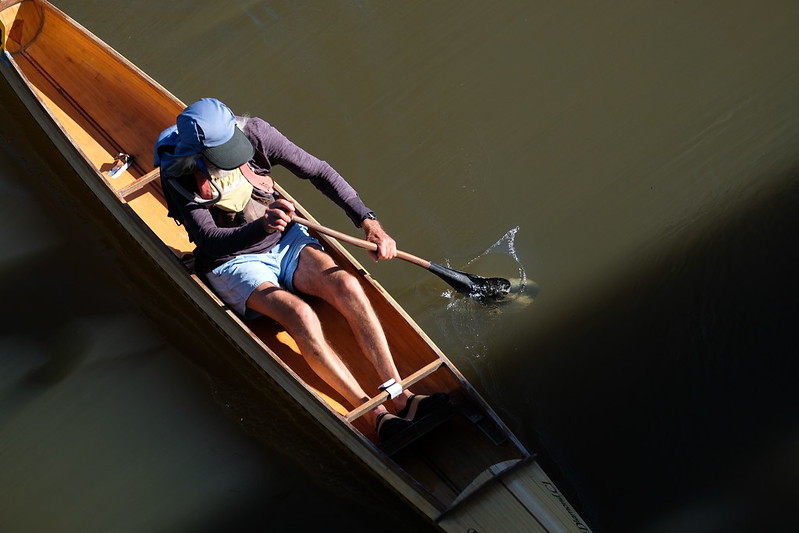 The Frank Harrison Memorial race in Albury must be the farthest event in the Vic paddle calendar but was well supported this year. Run as a “State of Origin” event it attracts paddlers from both Vic and NSW. This was to be my second solo race, the first outside Melbourne and the furthest I had paddled solo. There were two starts, one from the Hume Dam weir wall at 26km and the other from the Waterworks at 16km. Friends had suggested the water would be lively due to high flow, so not for the faint hearted, but offset by the joy of being on the beautiful and majestic Murray. 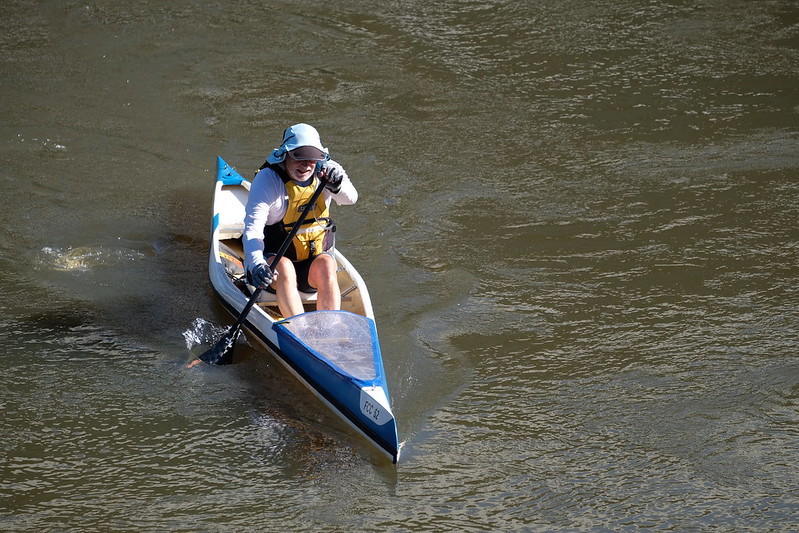 I opted for the 16km race. Arrival at the start revealed the advice was not wrong, the river hurtling along at about 5km/hr with great swirling eddies everywhere. Lots of good natured banter at the briefing as we awaited the start. The “Heads of State” from full distance Div 1 and 2 crashed through, seemingly oblivious to the conditions then, we were ready to go. Due to the current it was impractical to form us into a nice straight line so after launching from the bank  the starter made sure we were all pointing forwards then let us go from wherever we happened to be on the river.

The first few kilometres for most in Div 7 were spent getting used to the conditions rather than racing away. A friend suggested identifying a local paddler who understood the river and sticking close to them to get the best line and avoid any problems. This proved sage advice until I saw a couple of opportunities to cut  corners and gain an advantage, only to be turned through 180 degrees on both occasions and loose a lot of time straightening out!

The river was beautiful. Locals floated along on various inflatable’s (where do you get blow up lobsters from when you need them?) and having stayed upright for 14km saw the first of the two bridges that marked the approach to the finish at Albury. The finish was right on the tiny beach at the park and the transition from peaceful river to noisy, crowded mass of humanity was stark. Lots of willing hands to help get out the boat and stories traded about the days exploits. 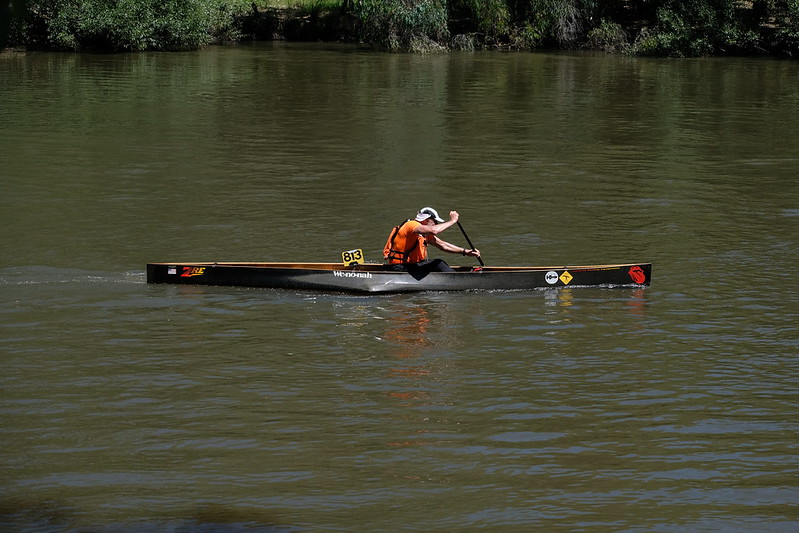 In the evening there was a pizza night arranged by the local club before an early night.

The Sunday was the doubles event, a repeat of format from Saturdays singles. I sat that one out, acting as stand in photographer for Paddle NSW. The Weir Wall start was more conventional as the river had not really got going by that point. The doubles boats positively flew down the river. 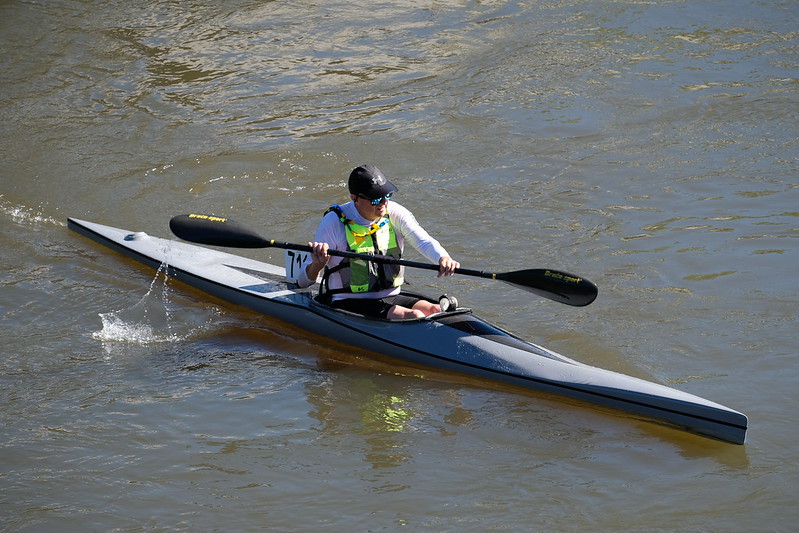 The event was won by Victoria, thanks mainly to winning the canoe classes where NSW were thinly represented. I enjoyed the weekend and was glad that I attended. I had originally been reticent about the challenges of the water for a novice paddler but feel that I have gained in confidence from the experience as well as a better understanding of race craft. I would encourage newer paddlers at the club to have a go at the races, especially the ones on our placid Yarra.