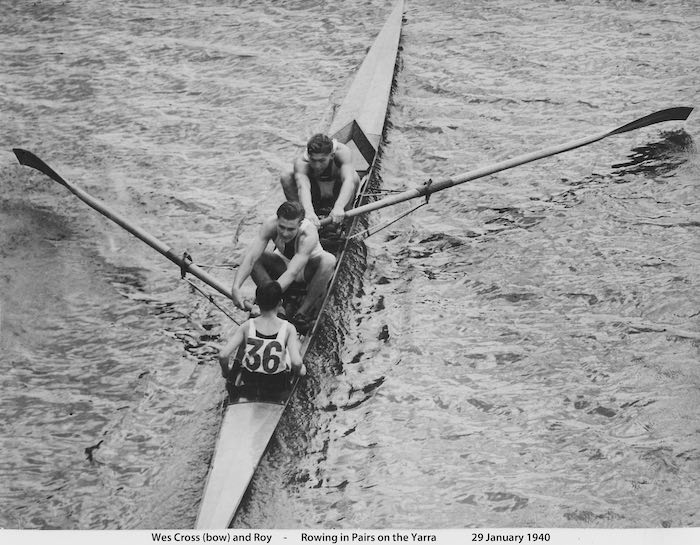 One of our champions of yesteryear, Ivan Gaal, recently approached the History Committee with two programmes of the Henley-on-Yarra, 1947 & 1948, that were found stashed away in his in-laws cupboard.

“What have they to do with our club you might ask?” 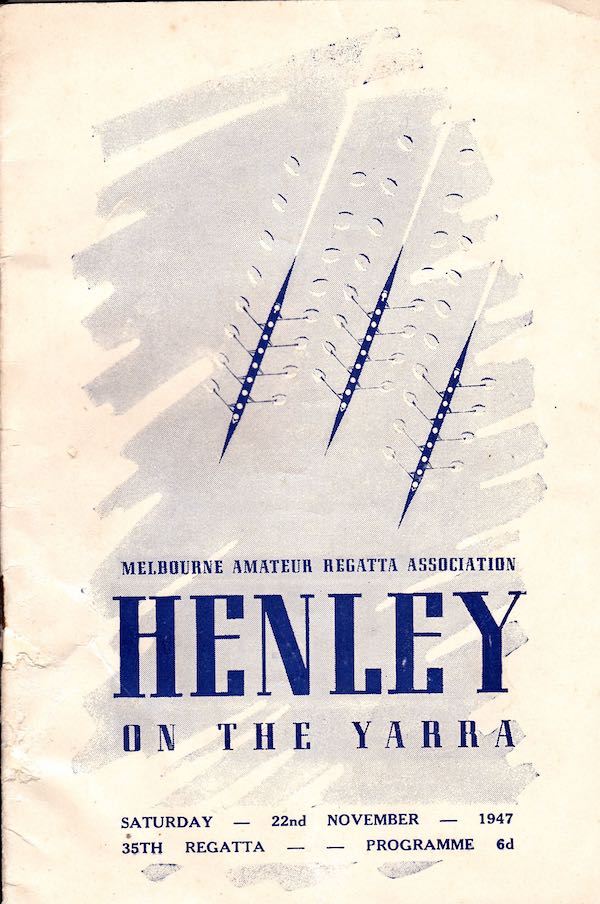 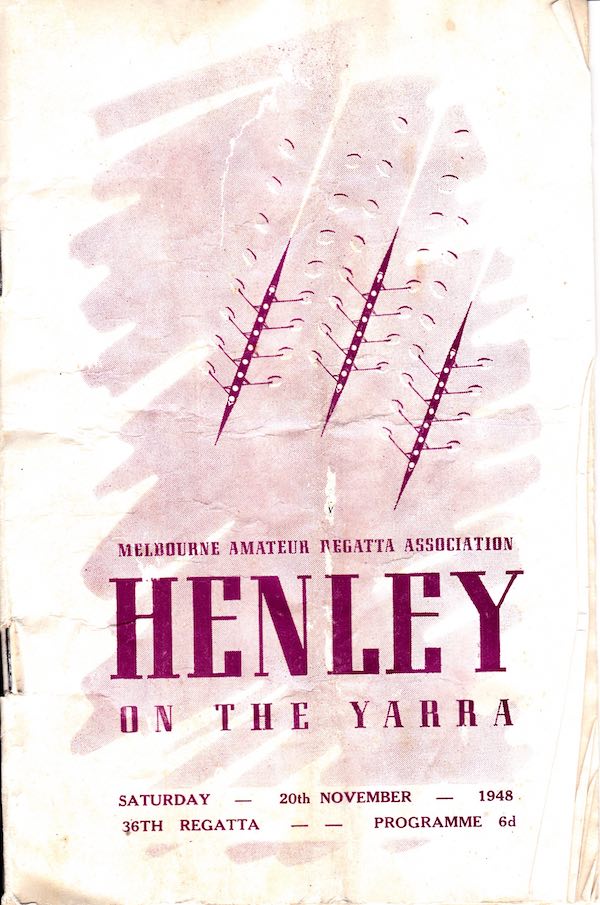 They are of particular interest as they reflect the dual occupation of our clubhouse by The Fairfield Canoe Club and the Heidelberg City Rowing Club (previously the Northern Districts Rowing Club) at that time (1933-1949).

The programmes also reveal that not only did both clubs call 9, The Esplanade “home” but they also wore the same-coloured racing strip, viz: “Light Blue, vertical Dark Blue stripe”. Interestingly, 1949 saw the end of the Heidelberg City Rowing Club and at about the same time FCC started a slow ascendency. 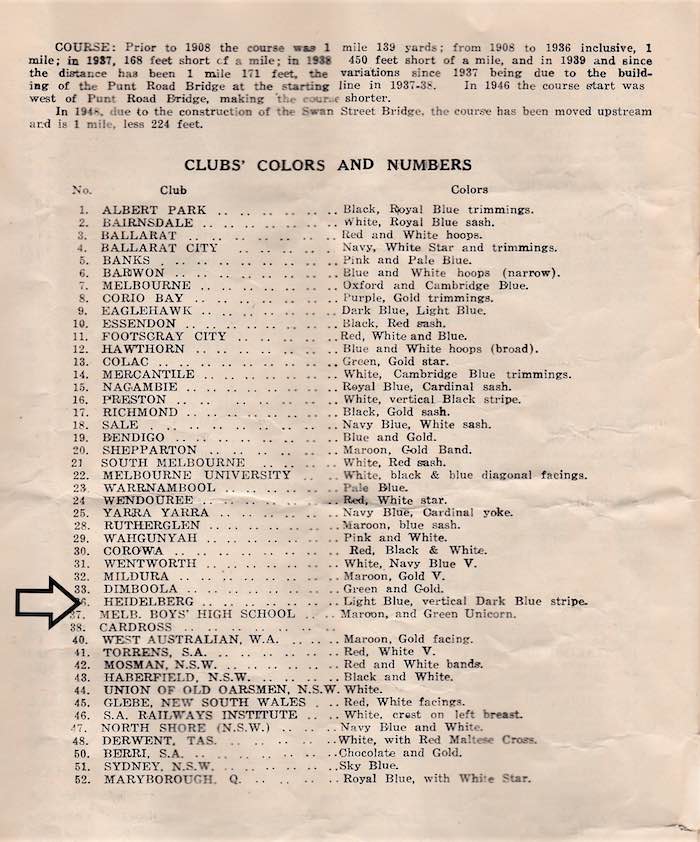 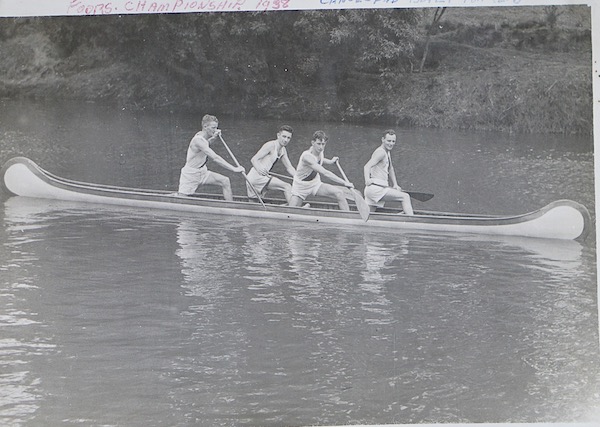 The Canoe Fours Championship Final in both 1947 & 1948 was fought out by the same four clubs, Fairfield, Essendon, Melbourne and Rudder Grange. The 1947 event having been won by Fairfield and to date there is no record of the result in 1948. Our 1948 team included our ’56 Olympian Tom Ohman whilst the Rudder Grange team includes RN Chenoweth who later founded the INCC in 1956 after Rudder Grange boathouse was demolished.

These Henley’s were major social events and searches of newspapers of the day seem to spend most of their column space to this side of the event rather than the race results, as seen in these clippings. 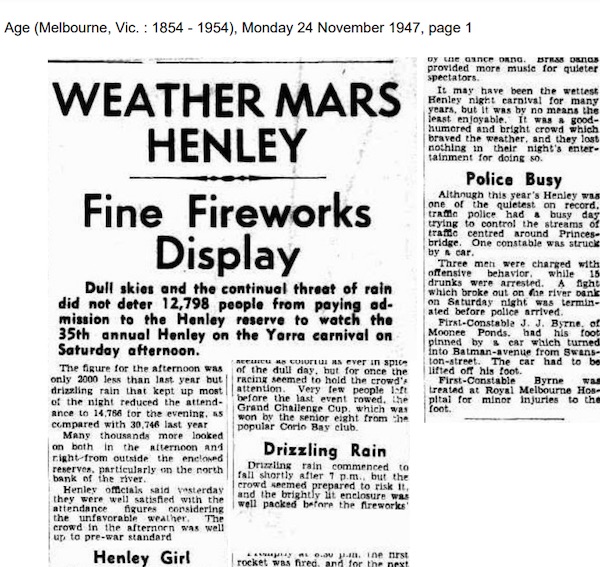 As reported by The Age,

“A large crowd gathered in front of the Henley staging in front of the houseboats at 3.00pm, when girls competing for the honor of being selected as Henley Girl for 1947 paraded in front of the judges. The girls selected for the final judging had difficulty in getting through the crowd to the highland dancing platform, where the winner and placegetters were selected.

Miss Jean Stewart, of Armadale, was finally selected as Henley Girl. The girls received an ovation from the crowd”. 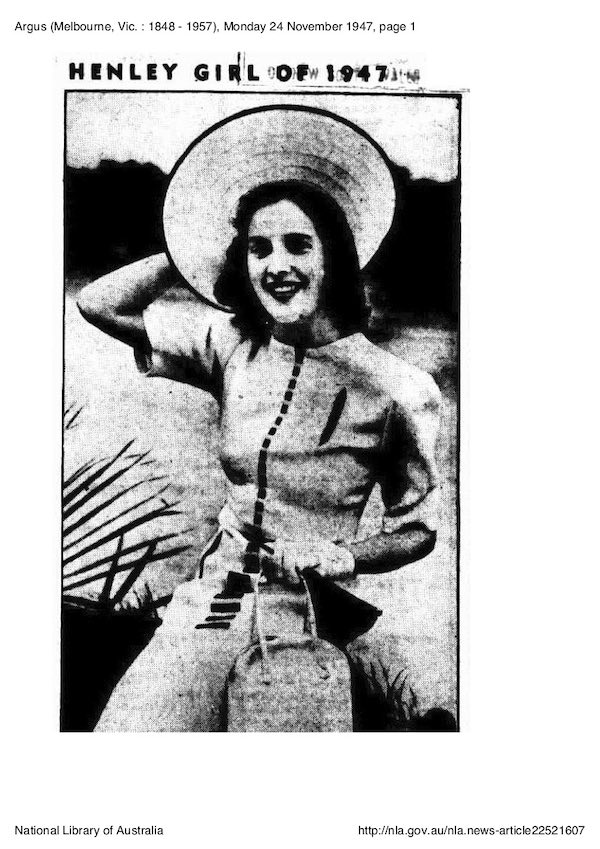 Some more observations of this major Melbourne social event:

“Amusement and then irritation was caused by the announcer describing the scene attempting to make close finishes out of easy wins in the racing. The announcers were badly out in their descriptions all the afternoon.”

“The traditional canoe parade seemed as colourful as ever in spite of the dull day, but for once the racing seemed to hold the crowd’s attention. Very few people left before the last event was rowed.”

“Drizzling rain commenced to fall just after 7pm.but the crowd seemed prepared to risk it, and the brightly lit enclosure was well packed before the fireworks display at 6.30. The first rocket was fired and for the next hour and a half the huge crowd watched what was probably the best fireworks display ever put on in Melbourne. Fireworks seem to have been considerably improved by the war.”

“The dancing on the lawn soon became dancing in the slippery mud, but several hundred people enthusiastically slithered round as each new number was played by the dance band.”

For any aspiring “Miss Henley” please find attached the expectations of the judges!

The prizes are awarded by judges nominated by the Master Drapers’ Association for the best and most suitably dressed Henley girl.

Girls wishing to compete should parade past the houseboats on the Henley staging between 3pm. And 3.30 pm. No entry is necessary.

Prizes of £10/10/-, £7/7/-, and £ 5/5/- will be awarded for the “Most Artistic Canoe and Color Scheme, Undecorated.” The prize winners will receive Regatta Prize Flags and they will lead the canoe parade, which takes place in the interval.

….and what news of our erstwhile benefactor, Ivan Gaal?

Ivan continues his keenly competitive way on the bowling greens now and is still winning! 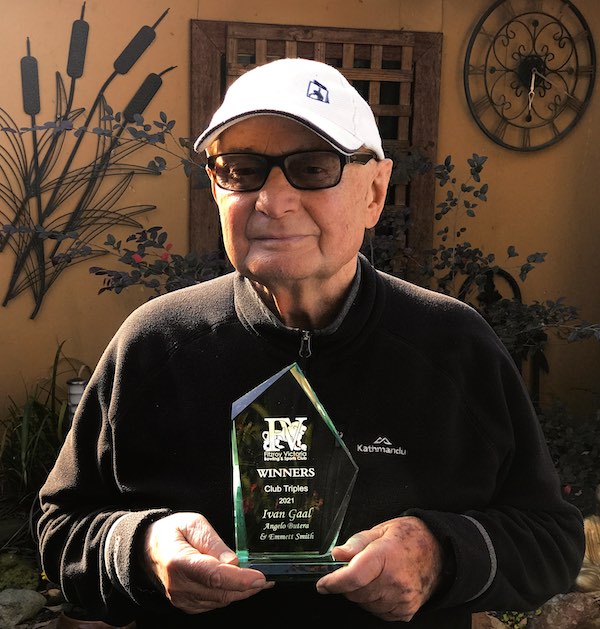