Keith Jackson – the follow-up to his mother’s knitted FCC jumpers. 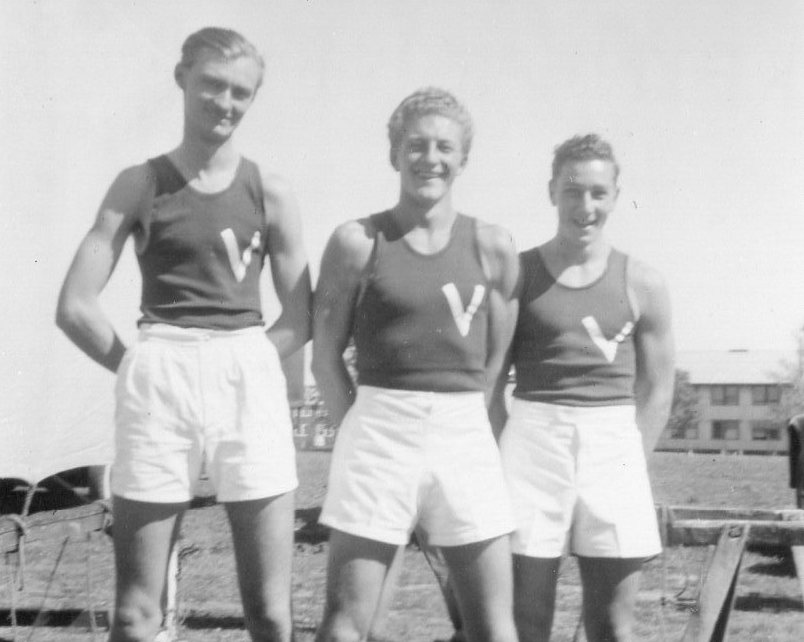 Photo top: Bill Purves, Melva’s husband, took this photograph. Keith is on the far right, together with Glen and Tom Ohman in Victorian State colours.

Keith was clearly a top-ranking paddler in the early fifties. Winning the State title for C2 10,000 m with clubmate Glen Croft. 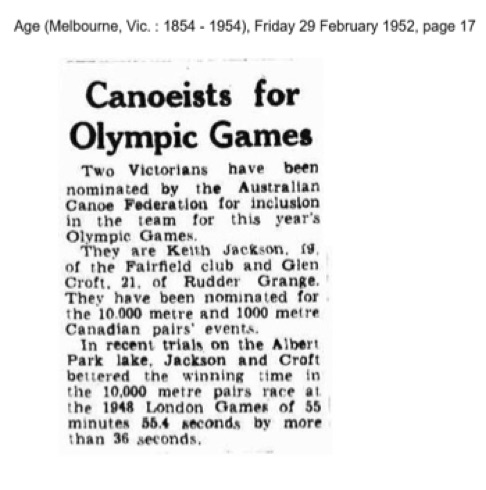 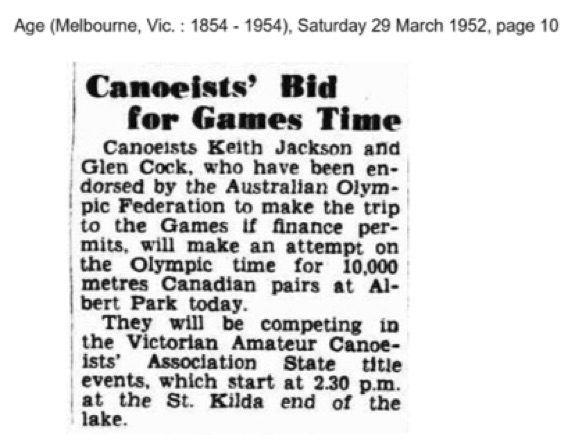 This recommendation was supported in the press but came with the caveat from the Australian Olympic Federation that only ‘if finance permits’.

Here again, local clippings show the level of local support to get tis pair to Helsinki. 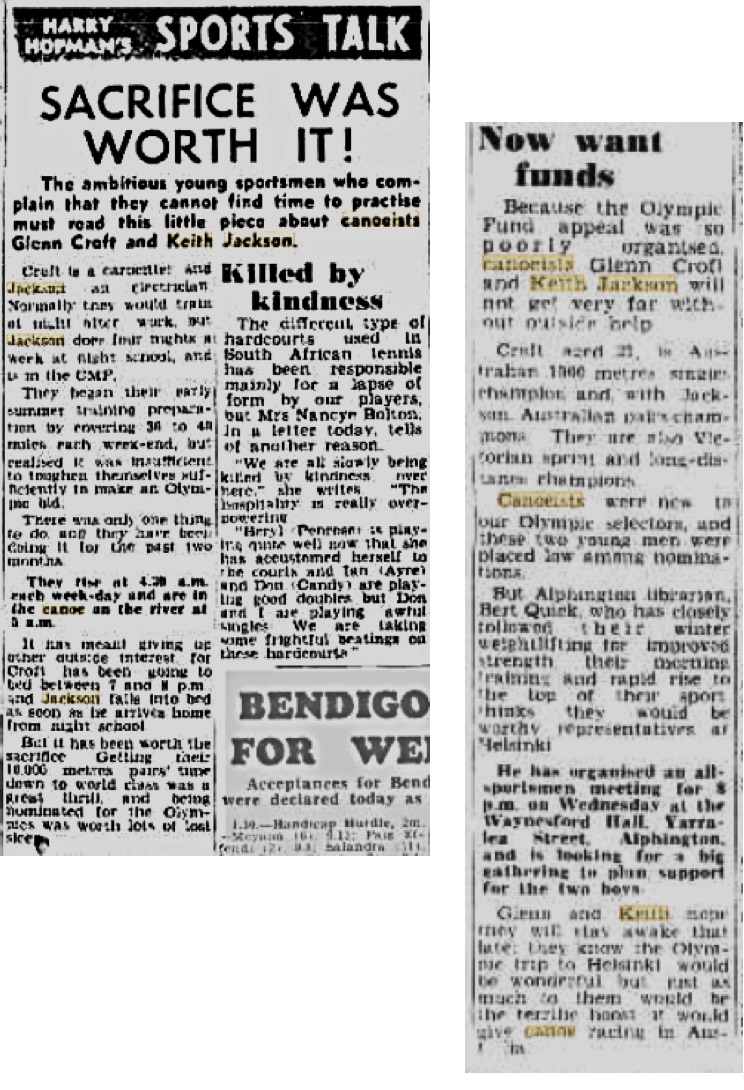 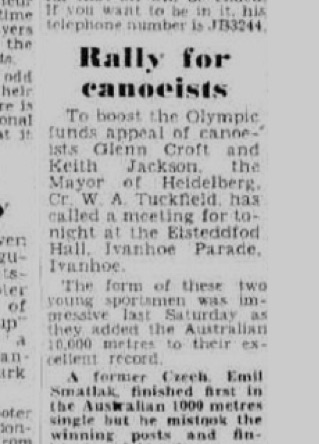 Presumably their efforts, both fundraising and fitness training, were to no avail as no canoe team was sent. In fact, although paddling events were first introduced to the Olympics in 1936, the first time Australia raised a team was in the home games of 1956 which was when Tom Ohman (FCC) was selected in the C2 1000m.

Keith never did represent Australia in the Olympics but I did find a photo of a team wearing an Australian badged tracksuit in 1956 – Keith Jackson, Bill Jones (ECC), Ruben Collins, and Tom Ohman competing at Ballarat. Both  Keith and Ruben were reserves for the Australian team.

When we look at our list of club Olympians ( Tom Ohman, Zoli Szigeti, Adrian Powell, Heidi Sager, Marg Buck, Vid Juriskay, Fred Wasmer & John Doak), it is sad to reflect how different that list could have been if selections were funded – Keith Jackson, Glen Croft and Ivan Gaal (1960) all having been selected but ‘finances did not permit’. Perhaps there have been more of our club members in this group? Please forward any further information to the History Group.