FCC had a team of 8 athletes and 4 coaches who headed across to Adelaide for the National Sprint Championships 2022:

Plus - a number of FCC athletes now racing for Mercantile: Noah Cameron, Nathan Jones, Chris Smith were paddling too.

Thanks Alex for the following article:

Dee was a triple threat and was competing, parenting and coaching. Dee came 2nd in the Vets WK1 1000m, Vets WK1 500m and 3rd in the Vets WK1 200m.  Lachlan raced multiple events and came 7th in the A-Final of the mens U16 200m and 7th in the U16 K2 200m and 1000m races.  Moving up into Under 18s, Aidan did particularly well in his K2 events narrowly missing out on 3rd in the 200m and 8th in the 500m A Final.  He also was 3rd in the B-Final of the K1 200m.  Aidan and Lachlan both teamed up with paddlers from PLCC to join one of the first State Vs State K4s Victoria has entered in many years.  Chris raced Opens focusing on K2 with partner Nathan before facing off against him in the 200m K1 Event.  Dasha, Wen and Alex attended to coach at the event, while John and Jenny Mayne supported smooth operations of the event behind the scenes by helping officiate. 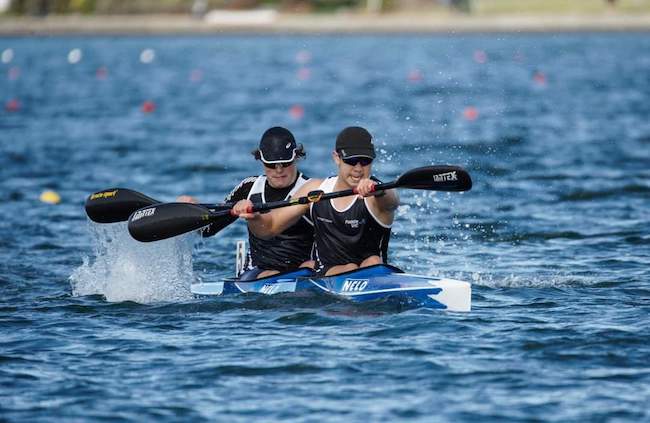 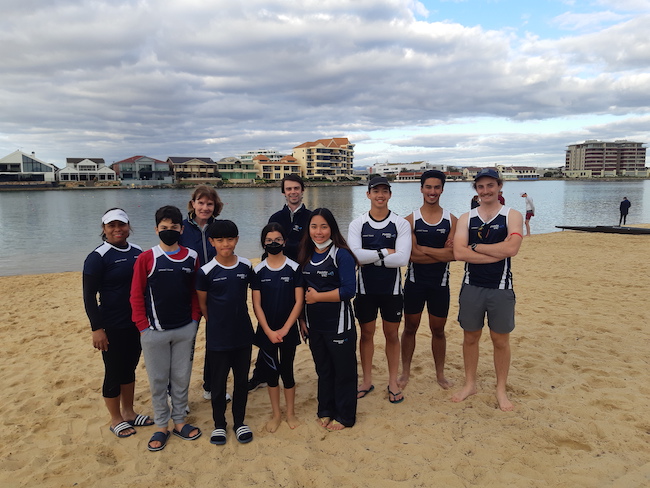 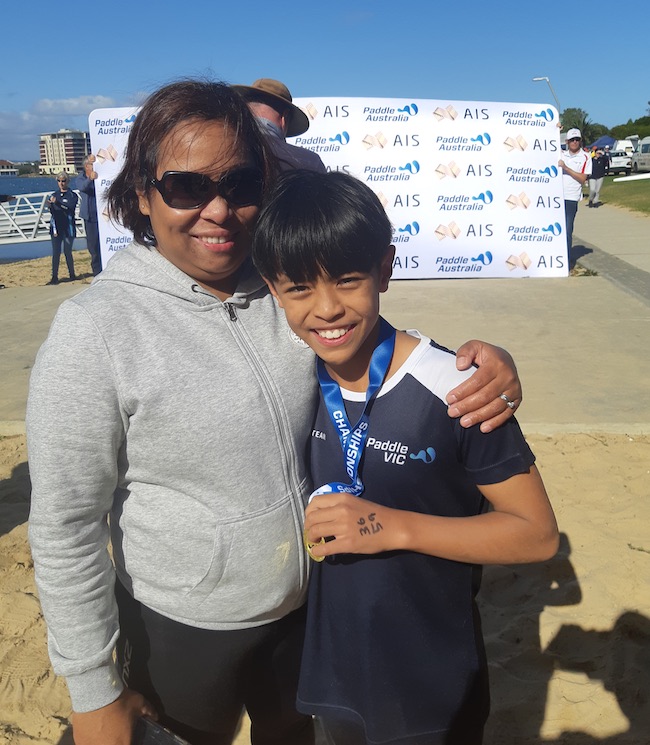