“Yachting on the Yarra” – with special thanks to Bob Bateson. Snippet 37 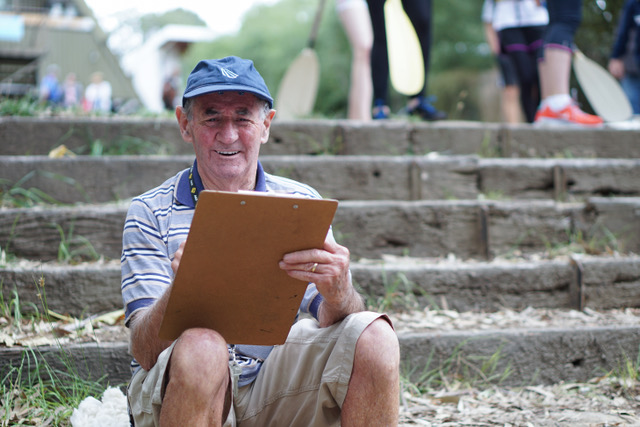 Riffling through our collected photos we uncovered some extraordinary shots of sailing dinghies on the Yarra, one even taken at the Pipe Bridge. Evidently, according to Bob, in earlier times this was a not uncommon site, especially further upstream (above Darebin Creek inflow) at Wilson Reserve where there was a large beach with associated broad reach of water used for both swimming and all manner of boating.

(photo above: Bob Bateson at the time trials, FCC landing) 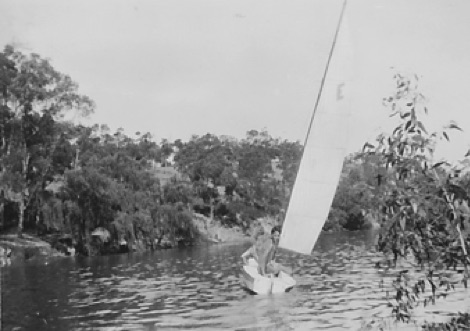 The scene in 1929 was described by Mick Garrioch in the First Ivanhoe Sea Scouts publication – “A Centenary History 1908-2008”.

“About a quarter of a mile upstream from the boatshed, just above what was then called the Scout’s Sandbank, there was a comparatively shallow part of the river, about waist deep on an adult, and here the Skipper with some of the older boys would take any non-swimmers out into the middle of the stream for swimming tuition. It was near this spot on the Kew side that I saw my first live platypus, which appeared to have a burrow in the roots of a large willow tree. In the shallows at the edge of the Scout’s Sandbank little brown sand eels about three or four inches long could be turned up by slowly sliding one’s feet along just under the surface of the sand.

In the summertime the River saw a great deal of traffic in addition to the Scout’s boats. Canoes, skiffs, and hire boats used to come upstream from Fairfield and Alphington bearing an assortment of skilled and un-skilled boatmen and passengers. The Ivanhoe Swimming Club, which shared the Wilson Reserve with the Scouts, used to run an annual carnival which attracted hundreds of people and resulted in a very colourful scene, with swimming, diving, and canoeing events, and picnicking for the spectators”   (First Ivanhoe Sea Scouts – A Centenary History 1908-2008) 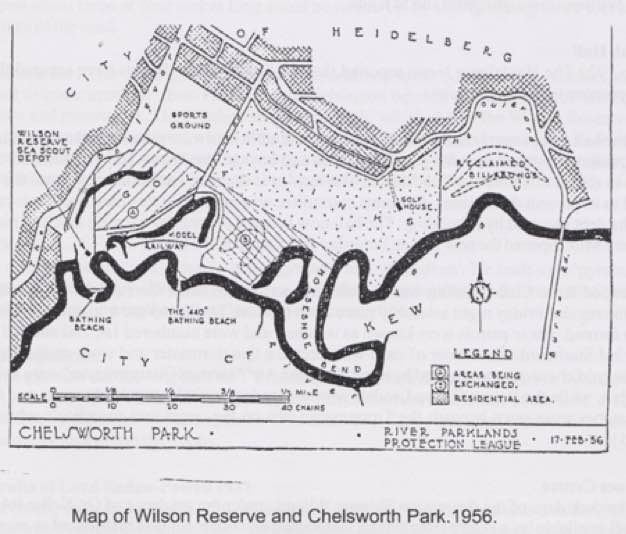 One of our senior club members, Bob Bateson, volunteered that he had been one such sailor when he was in the 1st Ivanhoe Sea Scouts. Their activities were based at this spot and their hut still remains there at Wilson Reserve. 1st Ivanhoe was one of the earliest Melbourne scout troops, having been founded in 1908. 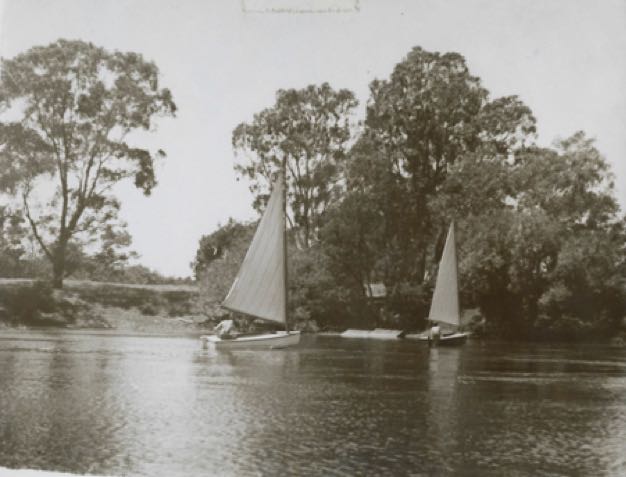 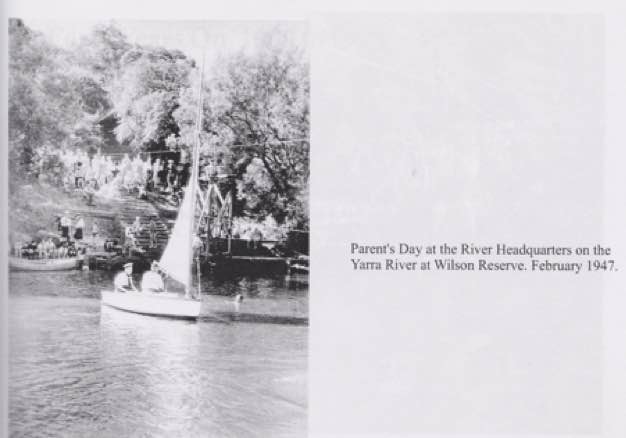 The river views have now changed along the Yarra and, alas, the picnicker’s sandbanks of yore have disappeared. These changes were documented in a 1998 description:

“Consolidation of the riverbank opposite Wilson Reserve has resulted in further erosion of the river bank adjacent to the Sea Scout Den and the narrowing and silting of the wide bend opposite Sandy Point where many Sea Scouts were introduced to sailing. The sandbank on the bend of the river opposite the den has long since disappeared and the once popular bathing beach at Sandy point is an eroded remnant of the former ‘Sand Hole’ of the Yarra River.” (First Ivanhoe Sea Scouts – A Centenary History 1908-2008). 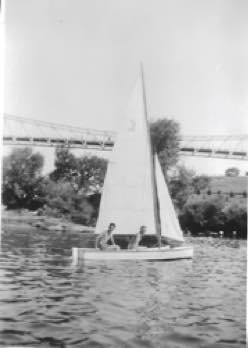 This photo clearly demonstrates that these sailing activities also took place at Fairfield Boathouse pool as well. Of course canoeing aficionados will advise that canoes and sailing go back a long way. This is well documented in “Water Sports”, a North American Canoeing magazine that one of our founding members, Harry de La Rue, used to contribute to regularly. Here we learn about one of the earliest canoe clubs in Melbourne: “the Ryverbrynk Canoe Club was situated on Port Philip Bay was the only “sailing canoe club”. It is recorded that: “ Wally Hogg’s fine seventeen foot sailing canoe, rigged with its usual two masts with all sails set, made an effective background to the orchestra on the raised stage”. Another week the Elwood Sea Canoe Club reports that “seeing a heavy blow was working-up from the NW, “Choc” McNaughton hit on the grand idea of paddling out about two miles and running in under sail when the breeze arrived. Unluckily the blow, when it came lifted, but all the waves came across and he had to paddle back”, write of their excursions on the Bay under sail. 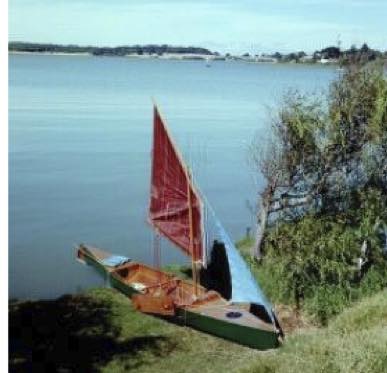 Maybe this should be an event for our Centenary Christmas party?

Sadly, Bob Bateson died unexpectedly before I had the opportunity to fully document his recollections of yachting on the Yarra during his youth with the 1st Ivanhoe Sea Scouts. I am so very grateful to him for giving me access to his copy of the First Ivanhoe Sea Scouts publication – “A Centenary History 1908-2008” for this snippet.