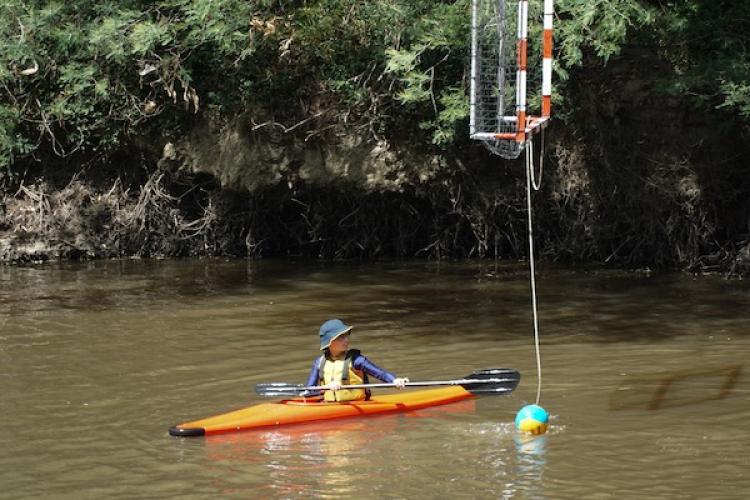 5th Brunswick Scouts attended a "Come and Try" day at the club on 13 February. Eighteen scouts spent more than three hours trying out kayaking, canoeing and canoe polo. Club coaches Caitlin, Wen, Dee and Rowan did a great job running the session. (See photos below.) Hamish Ewing, our intrepid club historian and author, has found out that Fairfield has had a strong connection with scouts over the years. Hamish says that all our interviews with club members include a question: “How did you get involved in paddling?” The responses to this question reveal some common themes, viz:

Another interesting recruiting source comes from Baden Powell and the Scout Movement.

The first record is of the Collins brothers, Reuben and Tommy, who were members of the local Scouts. Melva Purves (1947-1952)explained that Scouts saw her husband, Bill, befriend the Collins boys who then got into canoeing with the Melbourne Canoe Club and later moving to FCC. Melva, perhaps more importantly, met her husband in a similar way as “Scouts used to have Saturday night dances once a month. My auntie, who was also on the parent's committee, talked my mother into getting myself and my girlfriends to go to the dances because there were "plenty of lovely young men down there and not enough ladies”. So, I think a little bit of finagling went on. I actually met him at the Scout dance & then of course, he and Reuben were actually in the Melbourne Canoe Club”. The Collins brothers also recruited Ken Wilkes (FCC Treasurer early 1950's): “I knew the Collins brothers, Reuben and Tom, through the Scouts, 2nd Northcote Group. They were into canoeing. Reuben the older brother was driving as he had just turned 18 and was able to drive us down here (to the Club), which was good. They lived in Northcote & I worked in Northcote but lived in Ivanhoe at the time. I think I was probably only about 15 when I first came down, I was pretty young & used to ride my bike down here.”

Reuben Collins went of to be selected as a Reserve C2 paddler for 1956 Melbourne Olympics. 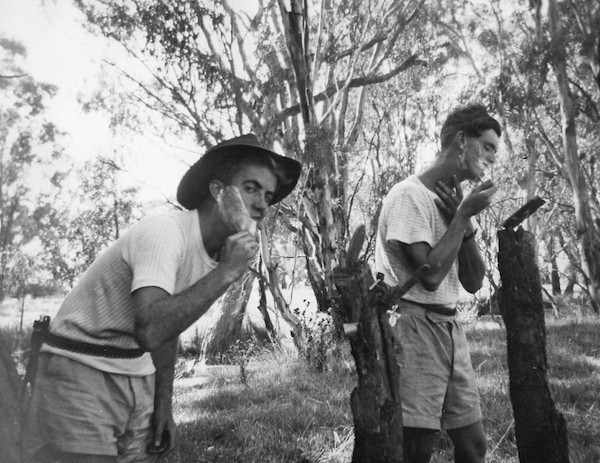 Our next recruit, indirectly, was Joe Alia who was influenced by some photos of Scouts:” I was working in a department of young people at Ericssons. We saw photos or videos of Scouts rafting down the Murray and thought that would be fun. So, we built a raft together at work. We drifted for ten days from Barmah Forest to Echuca. Along the way we met some kayaks and thought we would try that as looked better” ….the rest is history.

But there is more!

Enter Neil Grierson. Young Neil was also involved in the Scouts where he befriended Kel McMeeken of 1st Ivanhoe Troop. It just so happens that Kel’s mother, Mrs Hope McMeeken initiated the idea of the Red Cross Marathon as a fundraiser. One of Hope’s neighbours had a son, Mark Thornthwaite, who had paddled as a Senior Scout in South Australia and was the driving force and competitor in this first event in the Summer of ’69-70. So, upon contact with Neil, Kel & Joan McMeeken floated the idea of undertaking the Murray themselves and with Neil’s enthusiasm saw them joining FCC & signing-up for the full-distance in 1990, after only some months of training! 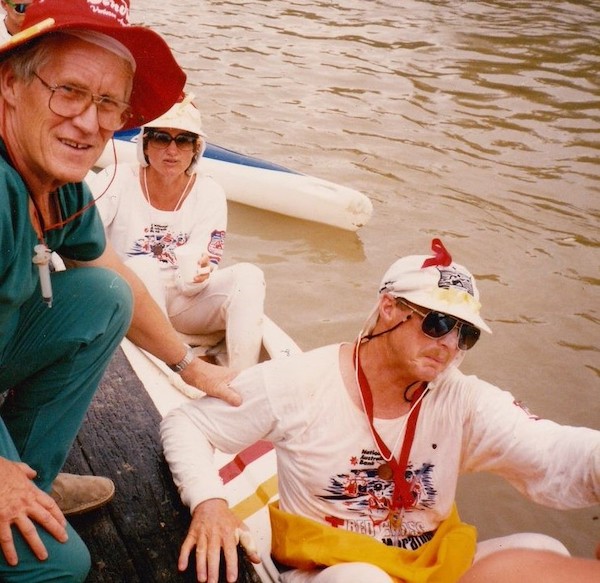 The next story comes from Alex James where:” Kayaking & canoeing started with Scouts as young bloke up in Sydney in the Sutherland Shire. It was not our troop but two of the local troop’s fathers were keen canoeists and they assisted local Scout troops get out on the water. One of those people was Joan Morrison, she will be very well known to most people in the Australian Canoe Federation as she went on to represent Australia in every avenue of canoeing administration. I went to school with her son, and they were members of the Sutherland Shire Canoe Club. When I moved to Melbourne in 1980, I met a fellow, Chris, who I ended up working with and then sharing a house with. This fellow had done the Murray Marathon which I thought was a good fun thing to do. The next year Chris went to college with Jenny Hogg (Jenny later married Bass Wakim) and she said: “If you want to start canoeing properly, you’ve got to come down and meet Zoli as he takes ‘nobodies’ and makes ‘champions’.”

This author had his first introduction to canoeing through Scouts and ended-up fitting-out a fibreglass canoe shell and making paddles for our two river adventures, when aged 17. Yea to Nagambie and, later, Corryong to Hume Reservoir on the Murray. However, it was ultimately through my daughter and the school teams event on the Murray that I discovered kayaks and FCC.

Undoubtedly, there will be many more Scouting stories in our club membership. Are you one such person?

After reading this article, Scout leader Zoe reports that Kel was her Venturers leader!

Please send in your story, we would love to hear from you.