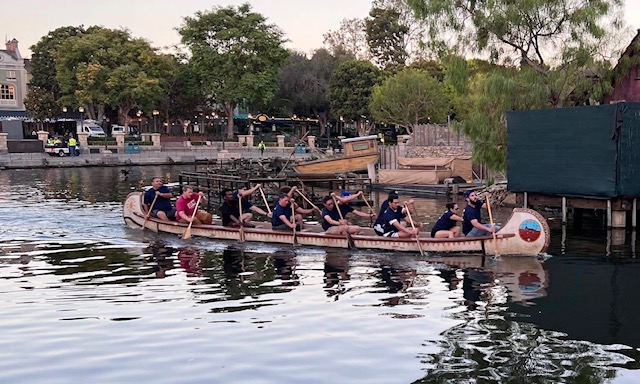 The History Group recently received news of a former FCC member’s involvement in a North American version of dragon boat racing ….’War canoe racing’! It transpires that Jonathan & Jenny Mayne’s daughter, Samantha, has lived in Los Angeles for 30 years and works as a guide at Disneyland where they hold canoe races each year. As Jonathan explains:

“Sam offered to be an official for the event. This year 84 teams of 12, plus emergencies, registered and began training six weeks ago.
Some are outrigger paddlers from Newport beach who know what they are doing but Sam says. “Most are pretty awful and could use some of coaching”.
One of the very strict rules is, if the team runs into anything; another canoe, the bank or the dock, there is an immediate disqualification. The field at the time of the photo was down to 70 with 14 disqualifications.
In fact, one of the top teams had just posted a very fast time on the lake circuit and as they passed the finishing post the crew threw their hands up in celebration, slewed off course and hit the dock. Sam said. “Not their lucky day”
Sam was a member at Fairfield and paddled LK1, LK2 and LK4 in the 70’s and early 80s. She did win a few medals at State level but it was Melissa who was the gun paddler”.

This is just another chapter of the Mayne family contributions to paddling across three generations at FCC.

It all started in 1953 when it is recorded in FCC Committee minutes on 27th June, 1954: “New Member - Mr Roy Mayne”. This decision had a number of ‘knock-on’ effects. It was Roy who arranged for the famed Australian photographer, Frank Hurley, to come down to the Yarra to capture our FCC club members on the water to help promote our club. 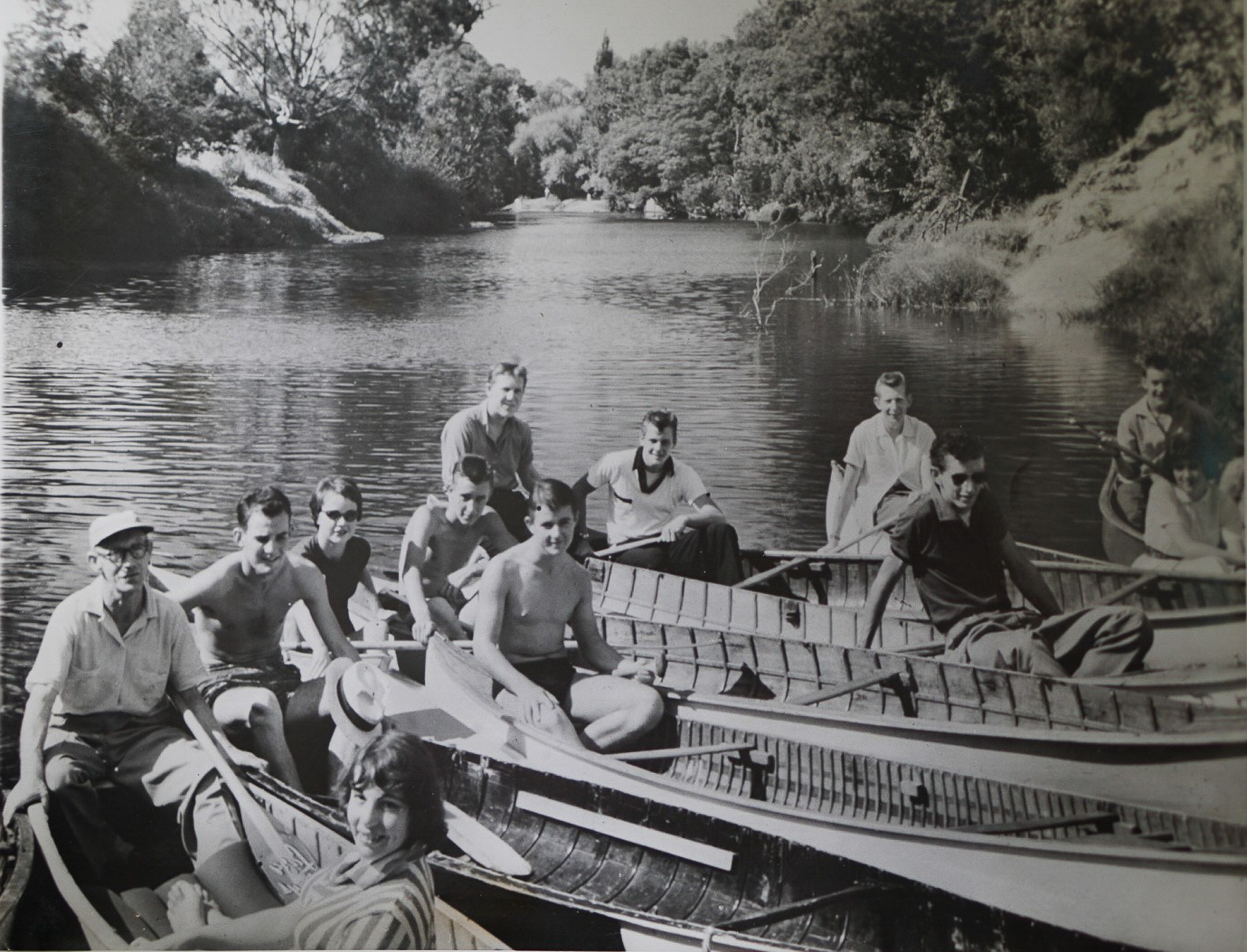 Perhaps more importantly, his daughter, Wendy (https://fairfieldcanoeclub.org.au/water_safety) and her young brother Jonathan also became members. Jonathan having been directed to act as a chaperone for his older sister and her boyfriend. The ‘rest is history’, for as you will be well aware, Jonathan went on the become a champion paddler winning many state canoe sprint titles, both Open and Veterans, and continues to officiate at the national sprint events. In addition, he was involved in the introduction of dragon boat racing to our waters. Needless to say, Jonathan has been honoured by FCC as a Life Member. (https://fairfieldcanoeclub.org.au/index.php/node/54) 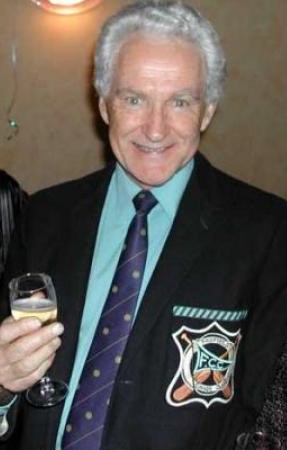 In the Mayne, quite a family contribution to our club’s history.

PS. Does anyone have a war canoe to enable us to start practising for this USA event?