The Yarra is in Flood Again

The ‘ups-and-downs’ of our beloved Yarra have created a variety of problems and opportunities over the years. 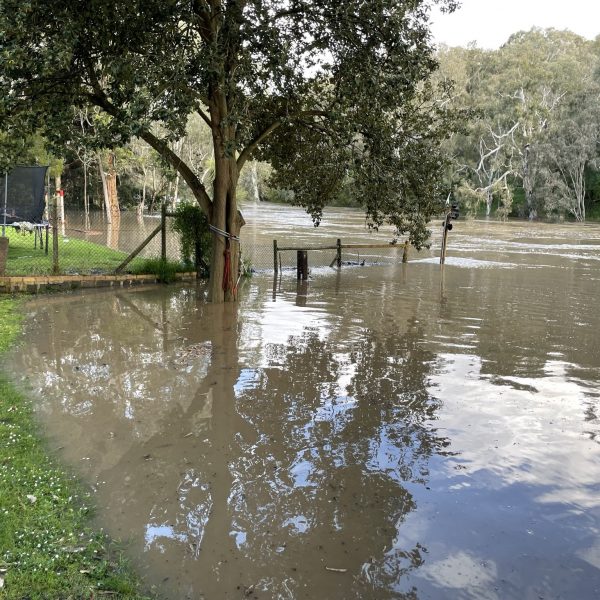 2022 sees us hurriedly lifting the tinnie and canoe polo boats to higher ground for safe keeping. This practice of “raising the boats” has been undertaken on many occasions over our 103 years.

It was reported proudly in the Heidelberg Advertiser in October 1927 that:” the clubhouse is built in such position that it is unassailable by floodwaters. This is another advantage as nearly every other canoe storage shed is menaced by floods through certain periods of the year.” However just seven years later, in December 1934, the “one hundred year” flood event arrived! This flood engulfed the clubhouse boat storage area and the dance floor above and eventually lap at the edges of the Esplanade.

Not surprisingly this 1934 flood influenced the design of our current building with current regulations demanding that our boat storage area could not have closed walls, hence the louvres that are there today.

It was not until the Upper Yarra Reservoir was constructed (1948-1957) that these frequent major flood events become unusual. These repeated flood events took their toll on the fabric of our clubhouse which Peter De La Rue (1955) recalls: “Water damage created some problems with the floor as the clubhouse slowly sank a bit, but not in the middle where the foundations were probably dry underneath, so the floor had a big bow in it, a big dome in the middle”. This movement also caused leaning stairways, door frames askew and worse still, the ladies loo apparently required users to balance on one edge!

Worse still these flood events created mayhem on materials stored in the club members lockers, in particular camper’s canned foodstuffs. Ken Wilkes recalls: “Sometimes, due to floods,it might turn out that the tinned stuff that you were cooking might have turned out to be a Heinz Salad, rather than sausages and veg, because the labels had been washed off the tins”! 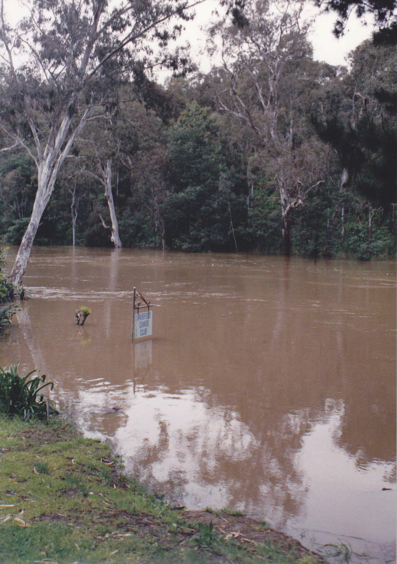 However, there is always an ‘upside’ to a flood! As you will have read previously (https://fairfieldcanoeclub.org.au/create-article-7/), many paddlers have made their mark on the pylons of Chandler Highway bridge at the height of the flood. Sadly, those on the Northern pylon have recently been removed. Another positive is the new broadwaters created to be explored by boat. Last weekend Hamish Young could be ‘GPS-tracked’ doing just this over much of Kew Golf Course. A recent conversation with Chris Grierson revealed that when he was a lad, he and his dad, the late Neil Grierson, went exploring the flooded parklands upstream and someone yelled out “Get off the golf course” to which the ever-sharp Neil responded, “Please tell me where the river is!”

Wait there is more.

The History Group has recently learned of the praiseworthy efforts of Harry Brockwell who, three weeks ago, pulled his K1 out of the Yarra just above Dight’s Falls to come to the aid of a somewhat overweight man who had gone into the flooded river to aid his dog already in the swirling water. His dog was OK, but the owner was desperately struggling to stay above water by clinging to overhanging grass. He was losing his strength and capacity to keep a grip of the trailing grass. Having landed his boat, Harry called on a passing cyclist to help him haul the exhausted man up the steep bank to safety.

It turns out that our Mr Brockwell is well versed in the dangers of dog walking beside the flooded Yarra. Earlier this year he encountered an older woman and young man, both non-swimmers, struggling in the waters just below Chandler Highway bridge also having chased after their dog. On this occasion Harry was able to guide them to safety with carefully worded directions from his boat to an exit point from the river close by. All this time their wet dog was prancing excitedly along the bank above, having found its own way out of the river without help from Harry!

What a champion! And what an important lesson about the dangers of flooded swift flowing waters.