Water’s no damper on a canoe holiday 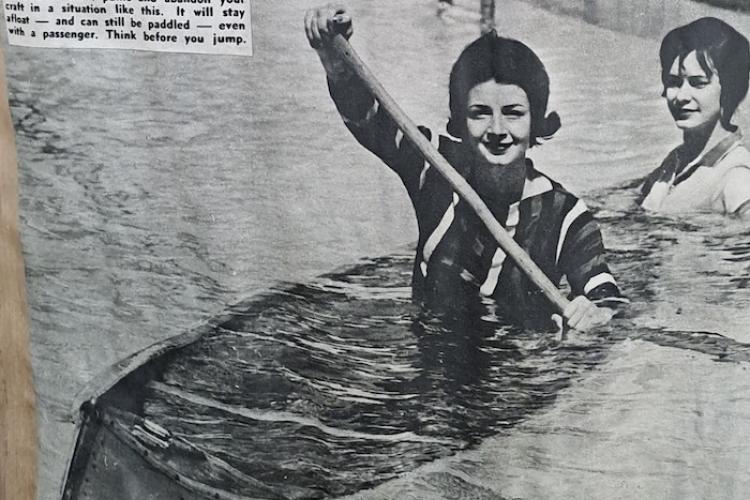 Girls took a ducking – but they were soon paddling again in midstream. As reported in the 3rd July, 1958 “Australasian Post”. “Every year an adventurous band of young Australians set out on a water holiday that's thrilling, different and often, dangerous.  They are members of canoe clubs scattered all around Australia whose holiday highways are any swift-flowing rivers with treacherous rapids, rocks and overhanging trees. 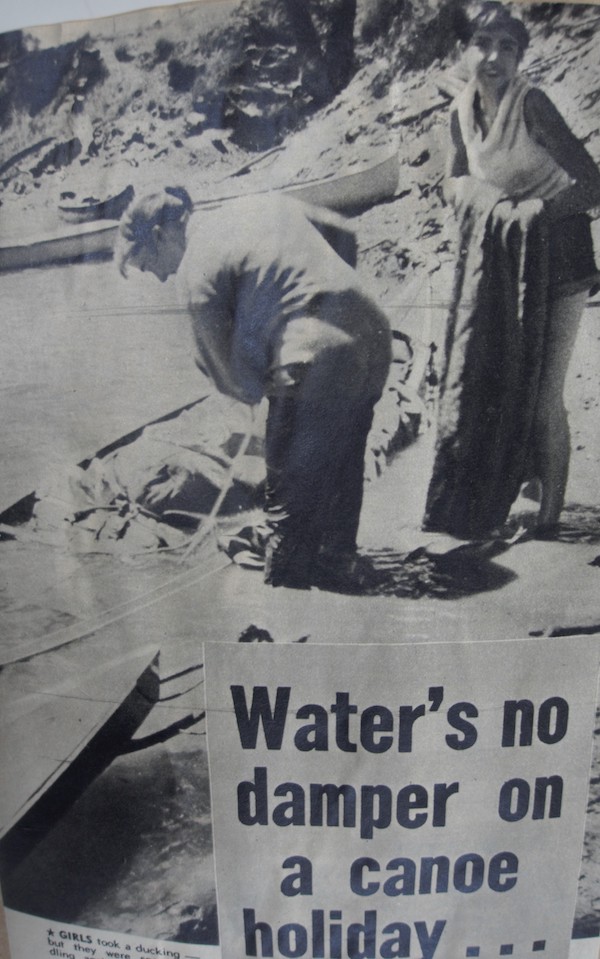 Members of the Fairfield Canoe Club (Vic) recently paddled the Goulburn River. Seven canoes started the journey from just below the spillway of the Eildon reservoir. In thirty minutes, the field was reduced to six when an inexperienced pair found themselves in trouble and were swept under willow trees at the river’s bank.

They lost their boat and most of the equipment but were unharmed. Two girl canoeists found themselves in a spot of trouble when their craft caught up on a log and sank.

The canoe journey of 150 miles from Eildon to Nagambie Lake took eleven days.”

Do you recognise our two FCC paddlers (without life-jackets!) seen here rescuing their near submerged canoe?

Jonathan Mayne did!  Jon has identified that they are the McDiarmid sisters, Merle (R) and Faye (L). Better still, it transpires that Merle and Faye were also Jon's sister Wendy’s bridesmaids!

We has not anticipated that this article would be such a family affair.

For those readers too young to remember the “good old Aussie Post”, read-on for a little bit of history and the setting for this FCC entry into the archives, courtesy of “Paperworld” 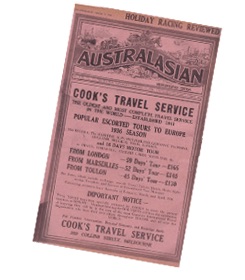 The magazine was published every Saturday in tabloid newspaper format. It contained extensive pictorial coverage of the week’s events with sections including The Yeoman – a comprehensive wrap-up of rural topics, The Sportsman – an unmatched coverage of the sporting events of the week, and Women’s Realm providing helpful household hints and a diary of the week’s social events.

The Australasian gave a fantastic insight into the life and times of Australians from week to week. News from Australia, New Zealand and abroad was presented along with market news, motoring, holiday and travel, gardening, and cinema and stage, to provide a fantastic weekly publication known for the quality and extent of its photography.

In May 1941, The Australasian changed to a magazine format, with content also changing to provide an extensive pictorial account of the war. Action photos, maps and artist’s drawings gave the readers a great insight on what our soldiers were going through, and the work done at home to support them. In the post-war years the content lightened-up. In October 1946 the first modern issue with a new colour magazine format and the name The Australasian Post came off the printing press. Interesting articles, lively reporting styles and a huge amount of photographs and drawings were the characteristics of the magazine during this time.

The Australasian Post was read by millions at the height of its popularity in the 60’s and 70’s, featured a very Australian mix of scandal, sensationalism, human interest stories, fashion, politics, culture, and entertainment. One of its best features was its focus on Australiana, with pages of Aussie jokes and cartoons, including the one-and-only Ettamogah Pub series.

On the coat-tails of the sexual revolution in the late 60’s and 70’s, Post became more daring with their covers and content, often running stories focused on adultery, hedonism and nudity. Although potentially offensive to some in these more politically correct times, these publications are indicative of a very different world still coming to terms with massive political and cultural changes.

FCC also features in some other editions of the Aussie Post.

March 22, 1956, saw “A bikini clad beauty (Wendy Mayne) with luxuriant auburn hair and a canoe” posed on the FCC landing (Note the dangerous broken planks). Some years earlier, Wendy’s brother Jonathan was sent along to the club as a chaperone for his older sister. 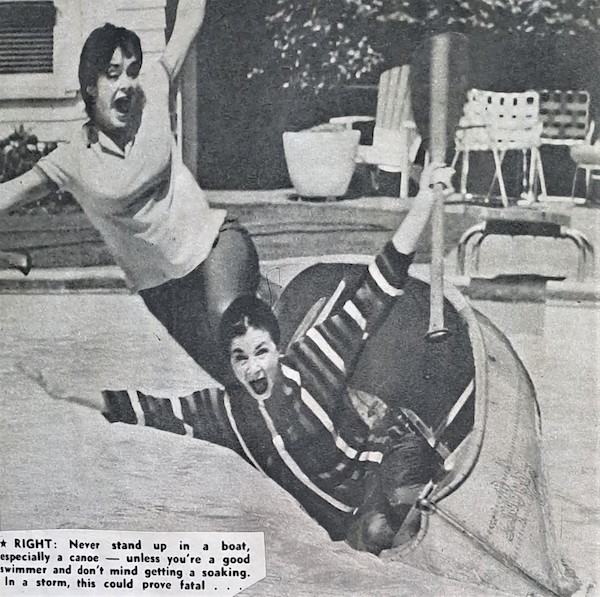 Whilst not mentioning FCC, the “Canoodling” snippet (https://fairfieldcanoeclub.org.au/create-article-34) also appeared in the Australasian Post.